Sign In
The Meeting Place > Political > What's your take on the Barnaby Joyce saga?

What's your take on the Barnaby Joyce saga?

Blimey Suze, thinking back I have had my backside grabbed by a man walking behind me at work;  had my thighs grabbed and kissed on cheek when bending down to open a locked door;  been show rude jokes and heard rude jokes by a male, arms put around my shoulders....and it goes on.

The world sure is going mad with all this.

This is the sort of thing "Me Too" campaign is getting a lot of ladies money beyond their dreams.

In France, a wolf whistle is considered as sexual harassment ... just makes you wonder how long before flirting is also on the list ??

Are we becoming a Putitan Society ?? Yet more and more of the Western Society is becoming atheist/agnostic.

"Are we becoming a Putitan Society ??"

I'm sure Putin would love to agree with you. 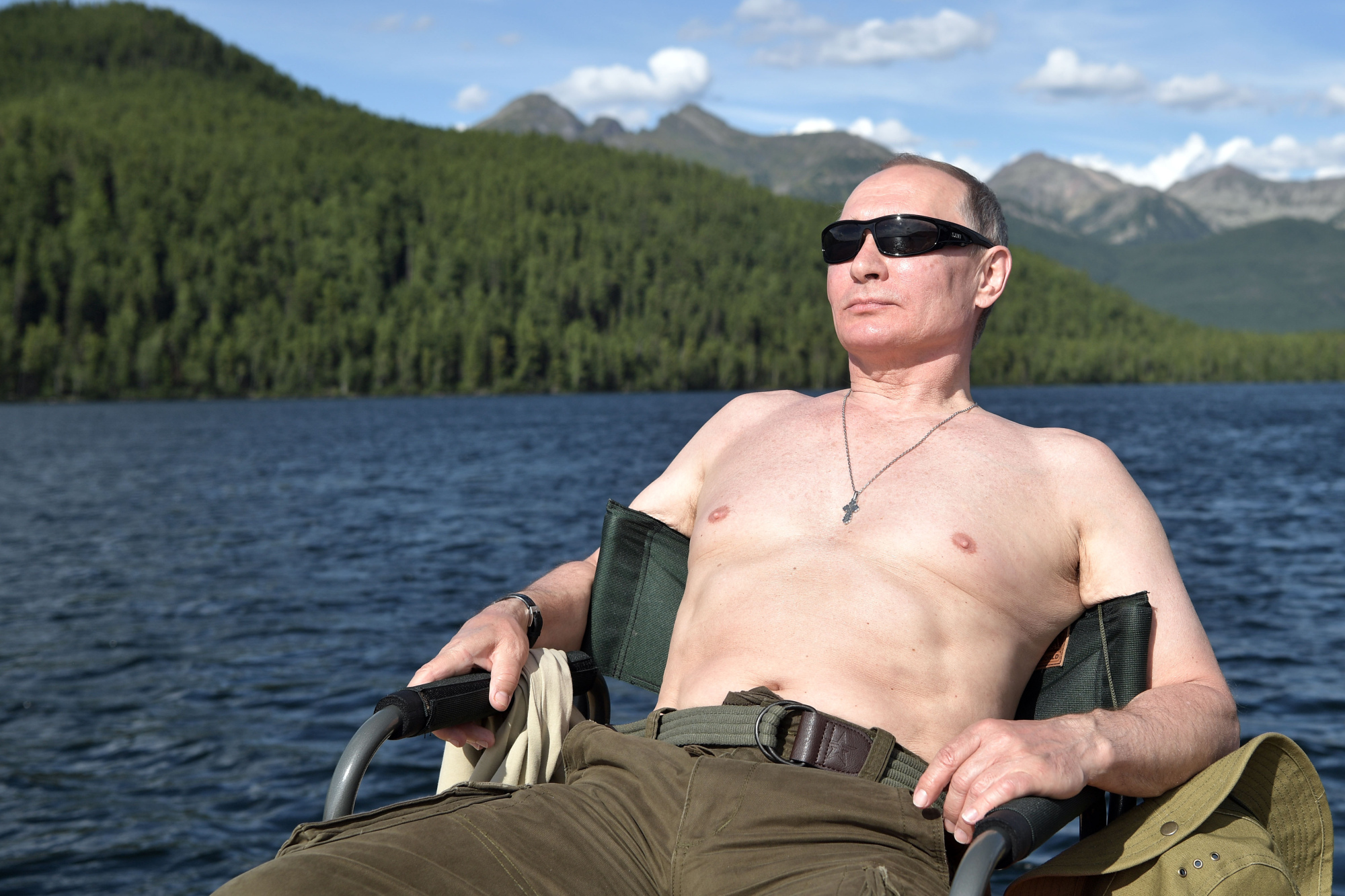 Not sure about the Puritans though.

Hmm! Wonder if Putin is a Puritan ?

I would hazard a guess that one place Putin will not be heading for will be "heaven".

His track record would bar him for all eternity...after all he was a KGB man.

Maybe when it suits his political purpose and DEFINITELY NOT when it doesn't.

:) Reminds me of that Franki Valli & The 4 Seasons song

If you hate me after what I say
Can't put it off any longer
I just gotta tell you anyway
Bye, bye, baby, baby, goodbye

Should have told you that I can't linger
There's a weddin' ring on my finger
She's got me and I'm not free
So, bye, bye, baby, baby, goodbye

Reminds me of Raphel

EWAN McGregor has reportedly been dumped by his younger lover Mary Elizabeth Winstead, the actress he left his wife of 22 years for.  He also had four children so I believe...one adopted.

Apparently Mary Winstead got sick of being called a "home wrecker".

Watch out Barnaby....it could be you next!

The saga has taken another turn...Barnaby says the baby may not be his! However, he will raise the baby as his own anyway.

"The 50-year-old said he was physically apart from Ms Campion, 33, for most of the period when the baby would have been conceived. It is believed Ms Campion became pregnant around July or August of last year, a time when she was transferred from Resource Minister Matt Canavan’s office into a newly created social media adviser role for Nationals MP Damian Dunn. She did however return to Mr Joyce’s office for a number of weeks around the time of this transition."

Oh no?? Are you saying the poor little bundle of Joyce may be a grudge baby?  This is becoming increasingly unfair on all those who are close to this. I see this whole saga as a very low time in our political history. As I have previously posted the longer this leftist media attack continues the more Barnaby becomes the victim.

He is a silly man Barnaby to even come out and say this if he is going to raise the child as his own anyway and is not going to have a paternity test...

He was being white anted from other Nationals and a few Libs spreading the rumour. He had to say that publicly to his daughters.

Really? He could have spoken to his daughters privately about his doubts. He is just playing more games with the public.

Robi I agree . He hasn't got the nous to keep his mouth shut.

Previously I have argued that Barnaby's "private and public" life as a Deputy PM do merge. However..I don't understand why the paternity of Vikki's child should be of such interest and why should he feel he had to make a public declaration..

My take on this is..he fell in love with a woman..she might have told him she's pregnant.. but.. he loved her anyway and decided to treat this child as his own..

Although I do not admire Barnaby greatly..I sincerely respect  him  for this..and this new episode certainly becomes his "private" life and nobody's business...

Agree Thea, it's his business, but why shove Vikki under the bus? That part I don't understand. I read today he’s upset with the way the media handled his affair, and wants to prove the point that reporters didn’t do their homework (they never do) since nobody ever bothered to ask if his pregnant girlfriend was carrying his child.

i wonder who the father is?  let's hope its not a man from the labor party!!!

and i bet when this child is born there will be a lot of media attention.

all contrived and planned to get joyce back into power.  don't be fooled.

Exactly! He is trying to win public favour again. Looks like it worked with Thea who says she now respects him. He has basically told everyone that Vikki may have slept around in order to manipulate the public into believing he is a good guy. He is a very selfish and stupid man.

I am sure people are quite capable of reading my post for themselves...

It goes from bad to worse! What a fool he is to make a public statement that there could be doubts about his paternity! Poor child! So now, in order to try to make the press look bad, he is implying that he left his wife to run off with a woman who has no scruples, but sleeps around and doesn't even know who fathered her child. And that's supposed to make WHO look better? It sure doesn't do anything for Barnaby's tarnished reputation, and it decimates Campion's. If this is the best our elected representatives can do managing thie own lives, no wonder the nation is in a mess!

In my view, if he genuinely has doubts about being the father he should get the paternity test done because every child has a right to know who their real father is. It would also be more fair to his daughters to know if they are connected to their half brother by blood or not. Why on earth refuse a paternity test? There is no reason, he can still bring the kid up as his own if he learns he’s not the father. Now that he’s trashed Vikki’s reputation in order to lift his own shattered image she might not hang around too long.

The whole sorry saga just leaves you shaking your head doesn't it?   It's starting to feel like he is enjoying the notoriety.  Oh people are starting to talk about someone else, let's bring their attention back to me.

I still do not believe this relationship will last.

I agree with Robi,  he is a downright idiot and is in some way trying to take the heat off himself -- too late BJ you proved you are disrespectful/scum who cares nothing about anything or anybody except your self!

As one of the Politicians said last night, "I wish Barnaby would just shut up and get on with his life".  Even if he does a paternity test, it's nobody's business but theirs. We don't need to know the results.

What a way to welcome a child into the world! Hey, kid, you were a star before you were born - for all the wrong reasons. The whole nation was talking about how your mother apparently slept around and didn't even know who fathered you, and the idiot who wants to pretend to be your dad was ripping the covers off what SHOULD have been your mother's and your little secret. He was telling the whole world, apparently to avenge a claimed sin by journalists who he claims didn't ask a question he says they shouldn't have asked (because it's PRIVATE - except it isn't, because he's advertising it nationally!).

Oh, and we should add that because of you, your idiot ''father'' lost a job he should never have had, given that he is such a fool, and if he is to be believed, your mother demonstrated that she was absolutely useless at her job also and should never have been in that role.

Your maybe/maybe not half-sisters must be dying of embarrassment, not to mention how their long-suffering and thoroughly betrayed mother must be feeling.

Well done, Barnaby! You really showed the world what a blithering, immoral, indiscrete fool you are. No wonder this country is in a mess with morons like you at the helm! And MT isn't much better, given his handling of the affair. He ought to have instructed you to ''shut the hell up'' and told the whole of Australia ''It's a private matter. I have instructed all parties to say only 'private affair, no comment' and I condemn all the low-life journalists who seek to make mileage by exposing private matters that are none of anyone's business. Please have some respect for the innocent children who will suffer hurt from inappropriate media exposure of private matters''.  But no, he stays silent for too long, makes dumb irrelevant remarks about how it's the National Party's affair, and then makes a public edict that his pollie mates are not permitted to have affairs with staffers. As if that shouldn't have been part of the personal code of ethics of anyone in public office! All he's really done is reassure us how immoral, unethical, lacking discipline and integrity, and totally unqualified some of our policiticans are (as if we didn't know that already!)

The one thing this affair has made abundantly clear, to anyone who had doubts before, is that Australia lacks leadership, and neither the PM nor the former deputy should ever have been trusted with those titles. Certainly the claim about ''the adults running the country'' has been shown to be a farcical.

Thumbs up to you OGR

Does anybody remember back in 2005 Tony Abbott was named in a Paternity Test.? Abbott said, he believed that the 27 year old man believed to be his lovechild was fathered by another man. He even met the young man, who was a camerman, can be seen in interviews in the background. Well it turned out Donnelly (ex-girlfriedd) denied misleading him. Abbott said "It was a shock , for 27 years I was convinced I was his Dad, and this was not the case".  I'm sure it has happened to thousands of men.

As I said before..Barnaby Joyce is not one of my favourite people..however..I do believe he is heading for a breakdown..

The paternity of Vikki's child is not anybody's business in my opinion..

It's very sad his lovely wife and daughters have to see and hear about all this rubbish...

Yes..I have had to counsel people in the past in psychiatric hospitals who show signs of heading for a breakdown and other mental illnesses...

People who demonstrate erratic behaviours similar to yours and your female friend fall into the same category...

Hope you have a good psychaitrist

who is your female friend, RAPH,    something your not telling me,

The digital consultant John Bergin and the and former journalist Vikki Campion were due to marry on November 5, 2016.... they split up in August 2016.

Vikki was hired by the Nationals in 2016 to assist the party at a federal level, working on the federal election campaign and quickly becoming Mr Joyce’s right-hand woman.

I am glad Vikki Campion is NOT my media advisor.  She went along with the revelation that Barnaby may not be the father....it just does not make sense....why on earth would she do that. ?? That is the last thing I would want out in the public arena!!