Leopards can swim when they need to, such as to reach an island or cross a river. Jaguars are superb swimmers and go diving for food, such as caimans and large fish.

Find this an interesting topic hope you do also.

Poor fish, spent all its life to go to this area to lay her eggs and it gets this!

She looks frightened too.  I would be! 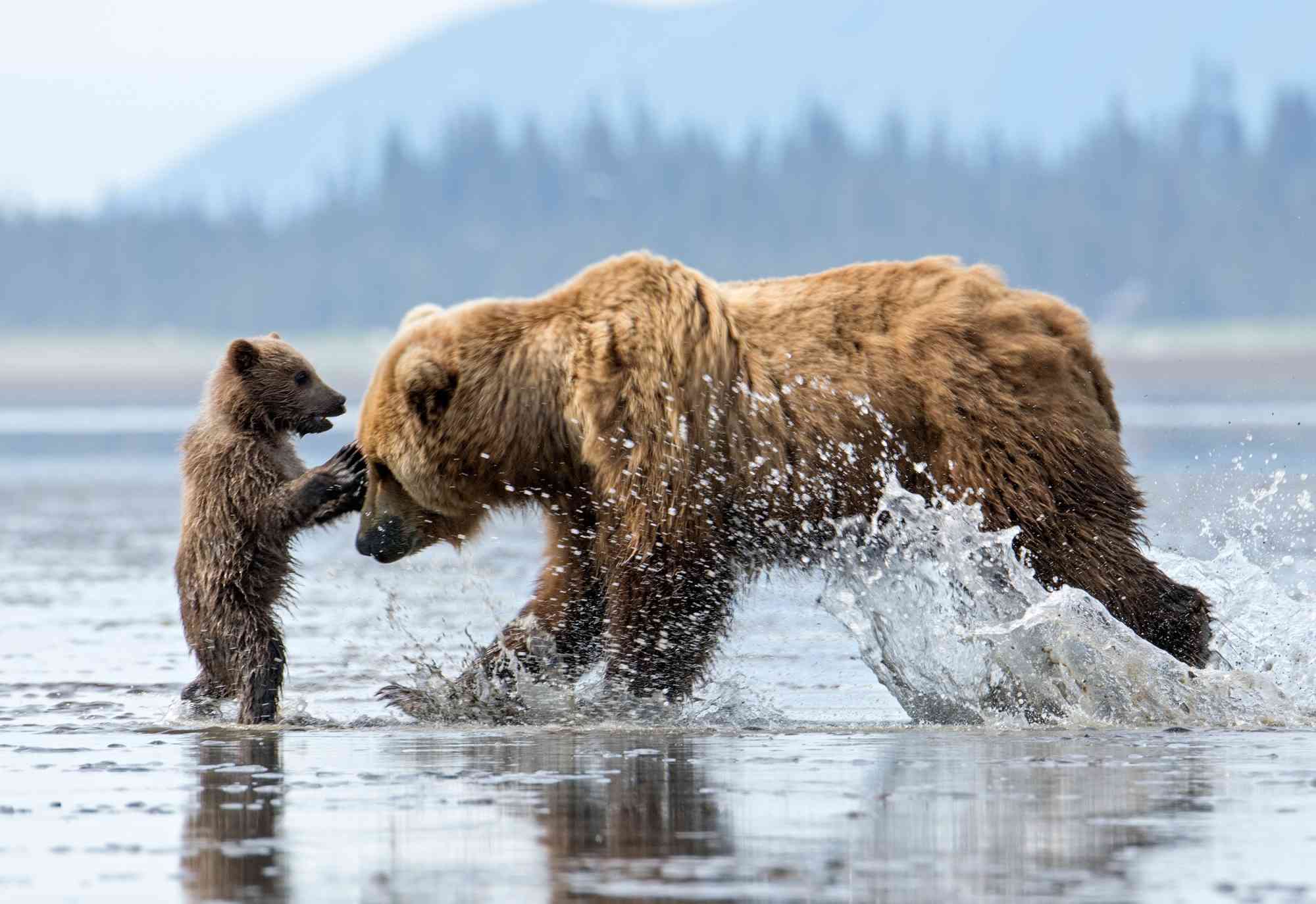 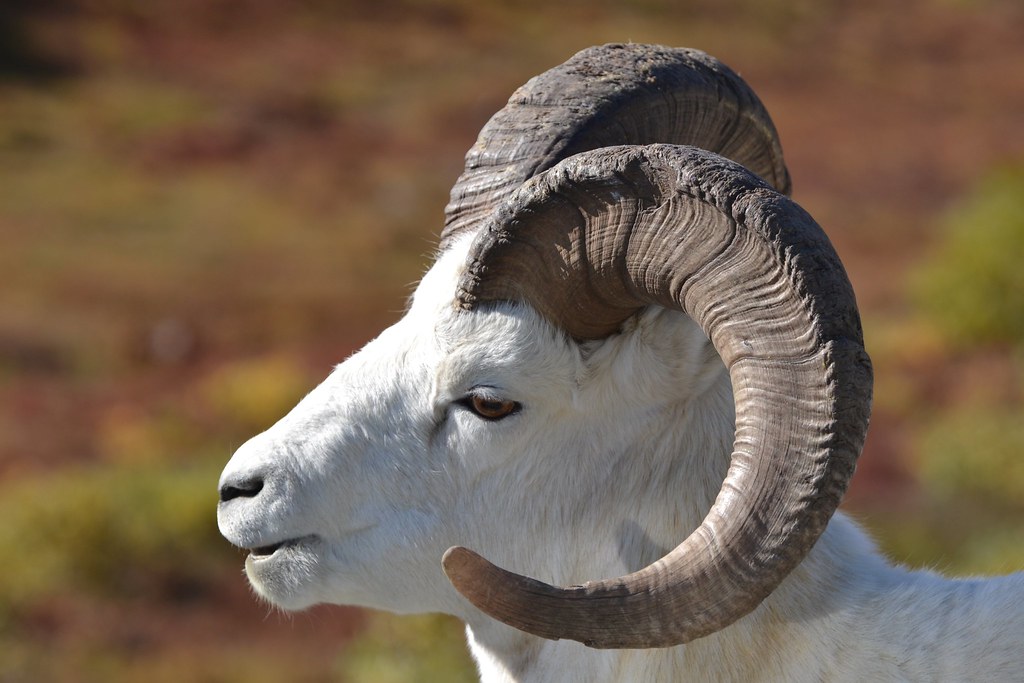 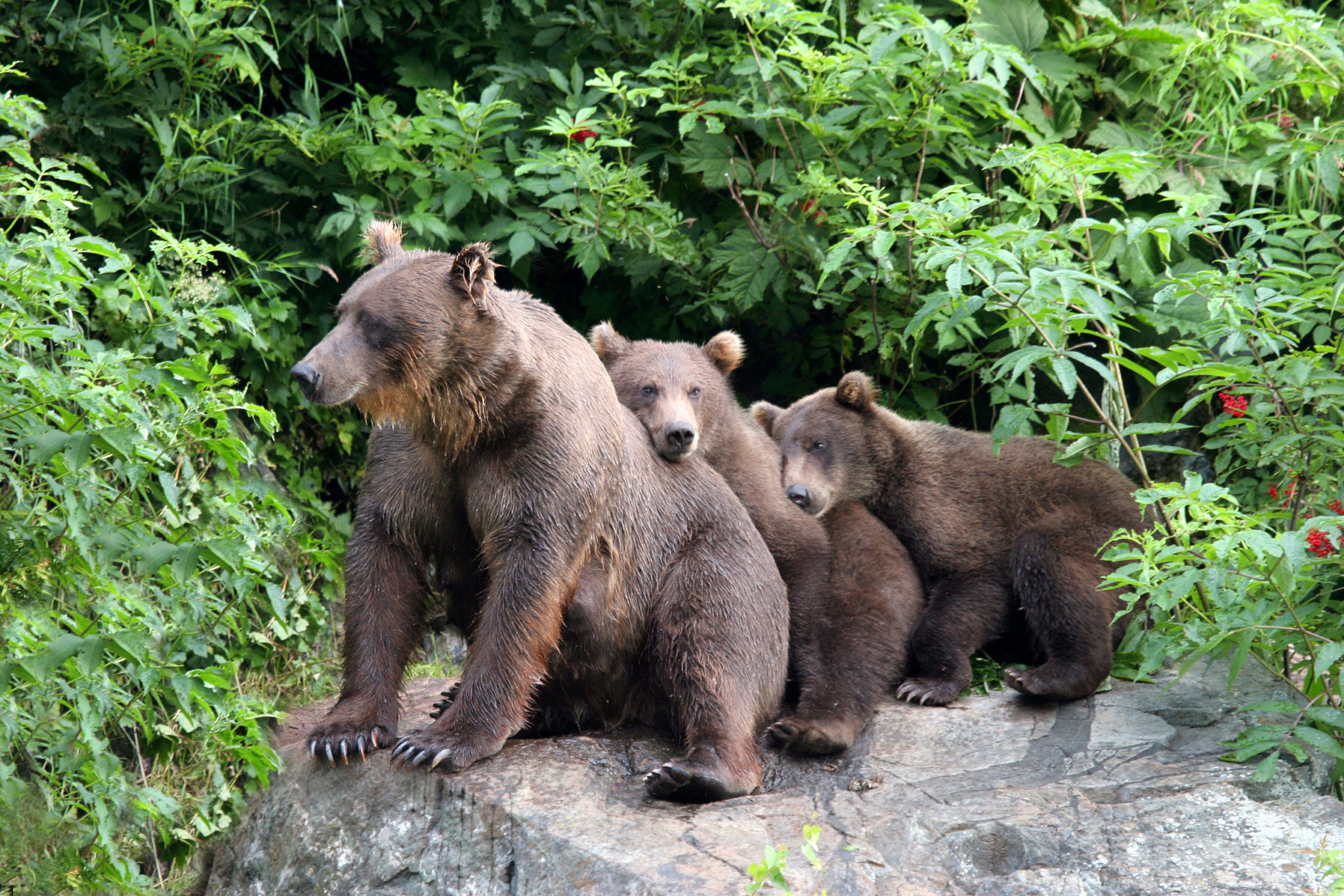 So many great bear photos Celia ... thank you.

Celia - I really love this photo. Pets and COVID-19: Humans can pass on coronavirus to dogs and cats, study finds – AustralianNewsReview

LOL are your serious, what next?

Hi Incognito I first heard about the domestic animals having the virus about 12 months ago now.

Even some zoos in the USA have come across animals with the virus.

What is Runny Nose?

If your cat has a runny nose, you may be wondering if you should bring him into a vet. Some causes of runny noses are minor and do not require treatment, however, others are serious and require immediate medical attention. It’s always recommended to visit a vet if your cat is experiencing a runny nose.

Just like humans, cats can suffer from a runny nose, or nasal discharge. A runny nose is common in cats and fairly easy to spot. It may occur in one or both of your cat’s nostrils, and the discharge may be clear or have color, depending on the underlying cause.

Why Your Cat's Nose Is Running (& How to Help) | Hill's Pet (hillspet.com) 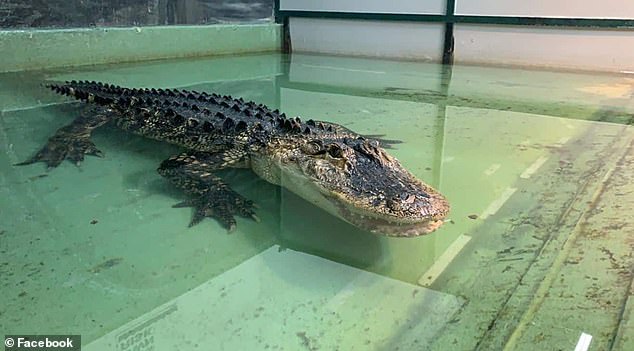 A Utah reptile center employee is recovering after an alligator yanked her into its enclosure during a presentation at a birthday party, thrashing her around before a fast-acting visitor leapt inside and helped free her from its jaws Video taken Saturday by a guest shows Donnie Wiseman, 48, (pictured in yellow shirt) jumping into the water and climbing on top of the reptile in an effort to assist the handler

Obviously got a bit too close, yikes!

An elusive hunter, believed to be an American man, hunted and struck down Mopane, the head of two lion packs at the Hwange National Park in Zimbabwe on August 5.

Terrible, horrible, what can you say about these disgusting people who kill for fun.

Hubby says he knows that area from his days at Uni.

The Park is one side and that is safe for the animals, but if they wonder out they are fair game very sadly.

Loathe trophy hunters with a passion !!!

Italian Dogs Trained as Lifeguards Save 20 Lives Every Year

Stories about sled dogs hauling medicine and supplies through the frozen wilderness have become the stuff of legends, but did you know pups are proving just as powerful in the waves as they are on the ice?

In Italy, an elite squadron of 350 specially-trained canines from the Italian School of Water Rescue Dogs (Scuola Italiana Cani Salvataggio, or SICS) has successfully been patrolling the beaches, working as lifeguards.

300 SICS units, consisting of one dog and one trainer, are tasked with watching over approximately 30 of the country’s busiest beaches.

Thanks to their willingness to perform, strength, and fearless exploits—including leaping from helicopters into the surf below to rescue at-risk swimmers—an average of 20-30 lives are saved annually by the doggie guards, and that number continues to climb each year.

Earlier this month, when several families, including eight children, were imperiled by strong wind and wave conditions while 330 feet from shore, three canine lifeguards and their trainers rushed in to save the day.

With the help of their human companions, dogs Eros, Mya, and Mira pulled everyone to safety in about 15 minutes.

The SICS program is the brainchild of 59-year-old Ferruccio Pilenga, who got the idea that dogs would make excellent lifeguards back in 1989 from watching his own Newfoundland, an immensely powerful swimmer named Mas.

“He pulled a water-filled dinghy with three people on board for half an hour,” Pilenga told The Times of London. “A human cannot do that.”

The SICS program is an arduous one. After 18 months of basic training, only those dogs successfully completing the required steps are deemed ready to move on to the more intensive aspects of lifesaving techniques, such as jumping from helicopters and leaping from speeding boats. 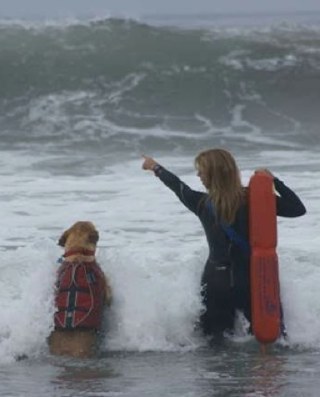 SICS teams are recognized for being especially effective in the face of large-scale life or death scenarios. Thanks to their special training, they’re better able to carry out the simultaneous rescue of multiple swimmers in situations where the capabilities of one or two lifeguards might be easily overwhelmed.

“To be able to use a dog in a water rescue mission gives the rescuer a leg up. The rescuer who operates on his own is alone. We are never alone. We are always in a team with our dog so it’s a six-legged unit. I can conserve my energy and become a more effective rescuer,” Plienga told Great Big Story.

“To make [people] understand, I always say, ‘To pull a sled, it takes at least six dogs, to pull six people, you only need one dog.’”

While the success of the program can be partially attributed to the dogs’ acutely attuned survival instincts that help them find the safest route to shore, as well as their stamina and ability to follow commands, Pilenga believes the emotional component they bring to their work cannot be underestimated.

“The presence of the dogs helps to lighten up the situation. The biggest reward is the emotion that the dog and the owner feel at the moment of the rescue, which further unites that special bond between dog and human.”

Italy is currently the only country to recognize certified canine lifeguards, but training centers are being set up for dogs in the U.S., Germany, Switzerland, and the Azores, with SICS eager to spread its safety net to encompass wider waters across the world.

A couple who subjected their dog to such 'horrific' neglect that it couldn't see, move or go to the toilet have been allowed to keep their other pets. 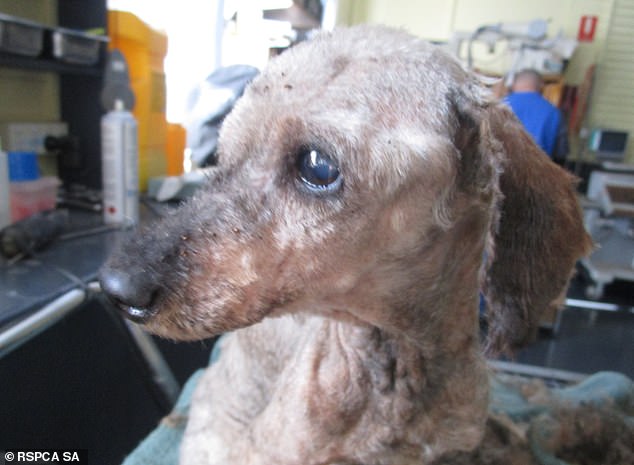 'They had been overwhelmed at the time of the offending due to several tragic events within their family, their own health issues and responsibilities for the care of an adult child with disabilities,' the RSPCA said.

Magistrate Lynette Duncan said the dog's suffering would have been 'significant' and convicted the two owners on charges of ill treatment of an animal.

Both were subject to a $500 good behaviour bond and the court also awarded $548.45 vet costs to the RSPCA.

Single I had two standard poodles I mixed a lot with Poodle clubs and you would be amazed at how many fluffy dogs end up like that, not only poodles either.  People get them and think they are so cute but after about 18 months they get tired of grooming them. This is a responsibility that has to be thought through when you take on an animal, be it a dog or a cat or any other type. They are more than just something to cuddle with and feed.

The so called punishment is a joke.

So sad, some people do not deserve to have pets, I agree with Suze they got off too lightly.

We sometimes watch a animal rescue programme from the USA, the other day a young lady was sent to pick up a white standard poodle, she got there and found her covered in blood, the owners were nowhere to be seen.

Then as she drove back with the poor dog she received a phone call, it was the owner of the dog that had been in contact with the police, what had happen was a gang of youths tried to break into their home and because they didn't have much luck, they went to the back garden where the dog was and filled the dogs body with bullets because they were man as snakes.

The story ends up fine as the vet fixed the dog up and managed to get the bullets out of her.

Very sad, it must have hurt her so much but she just did as she was asked by the rescue crew getting her into the van and out again to the vets.  Reminds me of when my dog had cancer and how it was so good having the operation.  If it had been a human we would be in hospital for a week or so.

Australia’s oceans are home to a startling array of biodiversity — whales, dolphins, dugongs and more. But not all components of Aussie marine life are the charismatic sort of animal that can feature in a tourism promotion, documentary, or conservation campaign.

The echiuran, or spoon worm, is one such animal.

Thanks for putting that up Farside

Cannot say I've ever heard of the Echiuran

Never heard of it, how interesting.

I have not heard of it either, but then I am not a diver.  It looks if it was taken from the bottom of the tea or lake?

You can find a little bit of everything at Walmart from produce and groceries to lingerie, big-screen TVs, and auto parts. For one very lucky mutt, if you know where to look, you can also find your misplaced human friend.

When Abby the dog disappeared in Dothan, Alabama, all she left behind was her collar and an empty tie-out line.

June Rountree and her husband scoured the neighborhood door-to-door, searching for their missing 4-year-old black-and-white fur baby to no avail.

Three weeks passed and there was no sign of Abby, then something extraordinary happened.

June was working the weekend shift at the Walmart register when she heard a rumpus.

Somehow, a dog had gotten loose in the store and was artfully dodging the would-be shoppers and staff trying to corral her as she careened through the various departments.

“I was like, ‘What in the world is happening?’” customer service associate Danielle Robinette told The Washington Post.

When the dog arrived at June’s post, register No. 6, it was clear she wasn’t checking out, she was checking in. 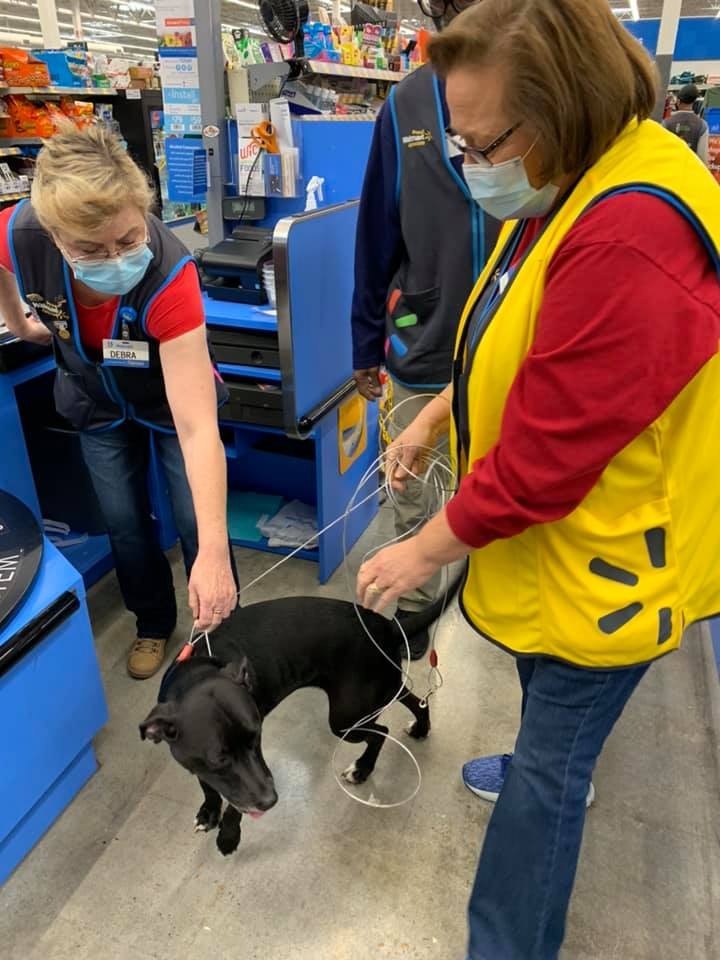 Although June could scarcely believe it, the dashing doggo in line with 10 items or less was her long-absent Abby.

“I called her name and she came to me,” Rountree told WaPo. “I bent over and hugged her. I completely lost it then. I couldn’t speak. I was in complete shock and just couldn’t believe it.”

The Rountrees believe someone must have been feeding her even if they were unable to catch her, and they’re truly grateful for that.

There’s also speculation that since June had been with Abby in the Walmart parking lot a few times, the dog might have recognized the location when she happened upon it in her travels.

Whether Abby was prompted to brave the superstore’s threshold in search of food, shelter, or something else is anyone’s guess, but we’d like to think the canny canine followed her hunting instincts on a hunch that June would be inside.

While we’re not sure what aisle Walmart generally stocks happy reunions on, we think it’s safe to say when Abby left the store to go home with her mom, she was one pawsomely satisfied customer.