Ya need to know this because I didn\'t

Has been fact-checked, this very good synopsis of the facts that appear to have disappeared over the years of selective education….

Our Education system is not competently advising our children !!

Don't expect the media to educate you that's not part of their agenda. Australia Day does not celebrate the arrival of the first fleet or the invasion of anything.

The First Fleet arrived in Botany Bay on the 18th of January. The 26th was chosen as Australia Day for a different reason; however, Captain Cook's landing was included in Australia Day celebrations as a reminder of a significant historical event.

Since the extravagant bicentenary celebrations of 1988, when Sydney-siders decided Captain Cook's landing should become the focus of the Australia Day commemoration, the importance of this date for all Australians has begun to fade.

Now, a generation later, it's all but lost.

The media, as usual, is happy to twist the truth for the sake of controversy.

In recent years, the media has helped fan the flames of discontent among the Aboriginal community. Many are now so offended by what they see as a celebration of the beginning of the darkest days of Aboriginal history, they want the date changed.

Various local Councils are seeking to remove themselves from Australia Day celebrations, even refusing to participate in citizenship ceremonies, and calls are going out to have Australia Day on a different day.

The big question is, why has the Government allowed this misconception to continue?

Captain Cook didn't land on the 26th of January. So changing the date of any celebration of Captain Cook's landing would not have any impact on Australia Day, but maybe it would clear the way for the truth about Australia Day.

The reality is, the Aborigines in this country suffered terribly under the hands of British colonialism. This is as much Australia's history as the landing of the first fleet, and both should be remembered, equally. Both should be taught, side by side, in our schools.

We became our own people.

On the 26th of January 1949, the Australian nationality came into existence when the Nationality and Citizenship Act 1948 was enacted. That was the day we were first called Australians and allowed to travel with Passports as Australians.

Under the Nationality Act 1920 (Cth), all Aborigines and Torres Strait Islanders born after January 1, 1921, gained the status of British subjects. In 1949, therefore, they automatically became Australian citizens under the Nationality and Citizenship Act 1948.

Before that special date, all people living in Australia, including Aborigines born after 1921, were called 'British Subjects' and forced to travel on British Passports and fight in British wars.

We all became Australians on the same day!

This is why we celebrate Australia Day on the 26th of January!

This was the day Australians became free to make our own decisions about which wars we would fight and how our citizens would be treated. It was the day Aborigines were declared Australians.

Until this date, Aborigines were not protected by law. For the first time since Cook's landing, this new Act gave Aboriginal Australians by inference and precedent the full protection of Australian law.

Because of this Act, the government became free to help Aborigines, and since that day much has been done to assist Aboriginal Australians, including saying 'sorry' for the previous atrocities done before this law came into being.

This was a great day for all Australians!

This is why the 26th of January is the day new Australians receive their citizenship. It is a day which celebrates the implementation of the Nationality and Citizenship Act of 1948 - the Act which gave freedom and protection to the first Australians and gives all Australians, old and new, the right to live under the protection of Australian Law, united as one nation.

Now, isn't that cause for celebration?

Education is key! There is a great need for education on the real reason we celebrate Australia Day on the 26th of January. This reason needs to be advertised and taught in schools. We all need to remember this one very special day in Australia's history, when freedom came to all Australians.

What was achieved that day is something for which all Australians can be proud!

We need to remember both the good and the bad in our history, but the emphasis must be the freedom and unity all Australians now have, because of what was done on the 26th of January 1949, to allow all of us to live without fear in a land of peace.

Isn't it time all Australians were taught the real reason we celebrate Australia Day on Jan 26th?

Captain Arthur Phillip arrived at Sydney Cove and raised the national flag of the United Kingdom on "26 January 1788."

In doing so, he founded the settler colony of NSW and, at the same time, commenced the dispossession and marginalisation of Aboriginal and Torres Strait Islander peoples.

A fact....entered in the First Fleet's ships' records....

<b style="font-family: inherit; font-size: inherit;">How would anyone like it if someone insisted that their birth date was on a different day…

No big deal to any of us…but a great lot of healing for the First People and a wonderful opportunity to unify our country. 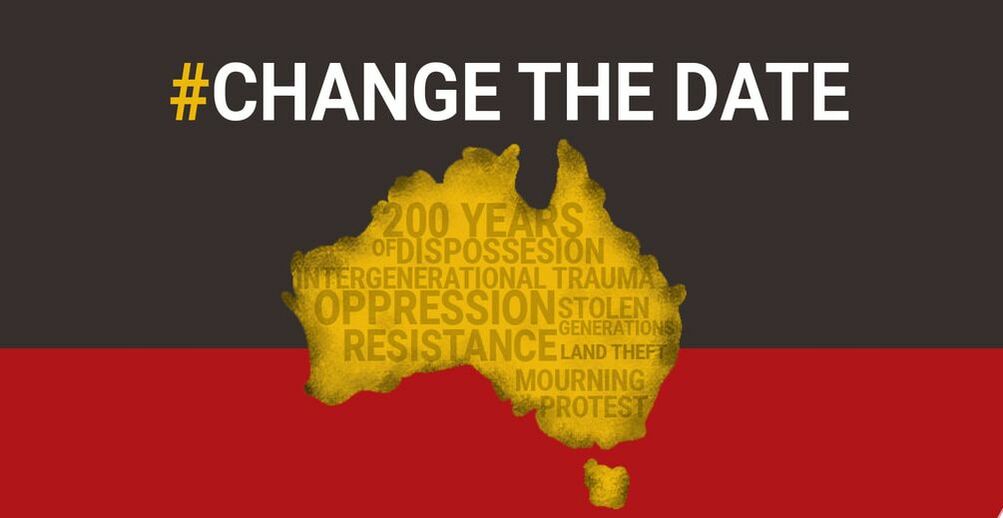 I couldn't agree more , the poor indigenous have been shafted long enough.

But you have to laugh at the Governments stupidity, they keep proving it so that's a worry.

The gave back the land that's north of Cairns to the Indigenous, sounds good but there is nothing there. No Coal, gas etc. So they give it back. Try getting them to do that with stinkin' Adani in the Galilee Basin. Can't do that, good black coal seams there. Another area too, Lake Torrens SA is tribal land and the Indigenous don't want any of their land destroyed, but the SA Government have given permission to a company to drill there. The company states it will take care of the area, haha, as I fall off my chair laughing. Rio Tinto destroyed the sacred site that was thousands of years old so what these pineapples any more different?