Sign In
The Meeting Place > Hot Topics > Who are the most worst offenders when it comes to ageism?

Who are the most worst offenders when it comes to ageism?

Last night, I watched the second in the SBS series What Does Australia Really Think About ... on ageism and I’m a bit … troubled. It was presented by Aussie actress Noni Hazlehurst and based on a national survey of 2000 people, incorporating secret filming to capture ageist incidents and a fascinating quiz with a group of women that reduced many to tears.

Ageism is, without doubt, an issue for many Australians, but this documentary seemed intent on making out that the problem is rife. Is it? And who are the worst offenders? Which age groups are the worst when it comes to ageist attitudes? Could it actually be older Australians?

I’m a baby boomer. How did we view our parents when we were 30-40 somethings? Are our kids much more in tune with the value of older Australians? I think they are. How do you view 80 and 90-year-olds? At what age are we old? Did the doco go fishing for what it wanted? So many questions. What do you think?

Janelle I watched that too. I am very proud to be almost 78. I still feel I am 35 in my thinking. I love to mix with my dear friends who are the same ilk as I am.  I felt sorry for Noni  Hozelhurst and was surprised she was in her middle 60's. She seemed so much older.  Attitude is a wonderful thing, think old and you'll be old. I've had a couple of serious operations over the last few years and pulled through because of my determination. I have been so lucky to have  had loving parents who taught us, "Never expect anything for free, hard work and family is what counts".  We have instilled that same work ethics with our sons and they both have been successful in their chosen fields.  But, number one on the list is Humour, we can't get by without it. 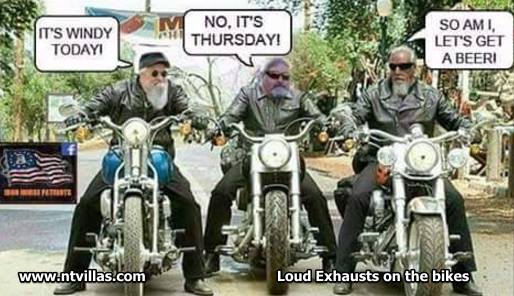 Hi there mate .... you still a young beautiful woman Yeahhhhhhh

Agree with you totally HOLA - I cannot recall having experienced any ageism.  Did not see the show but sounds like it was somewhat biased.   Like you I had a wonderful, loving and caring parents and grand-parents who taught us the true values of life - and it is all an attitude of mind.  Do NOT let yourself get into the mind set of ' oh I must be getting old' keep as active as you can, even if you have a disability. I've had spinal surgery and have RA but try and keep as active in mind, body and spirit as I can.  Yes Humour is for sure a winner!!    The younger folk in our family never talk down to us or treat us as old fogies bless them

i SAW THE SHOW,AND I THINK MOST PEOPLE STILL THINK YOUNG AS THEY AGE, I KNOW I DO,BUT BAD HEALTH AND PAIN WILL SLOW DOWN ANYONE YOUNG OR OLD.  IF YOU DONT START GOING DOWN HILL AFTER AGE 50 THEN YOU ARE VERY VERY LUCKY I THINK,

Aussie -  Hi to you too.  Thanks for the compliment - I think you are fantastic as well. You too have a good outlook on life.  Keep active and you will stay young.

I've never personally experienced ageism and enjoy conversing with those of all ages, especially the young whom I find both interesting, polite and positive. However, from what I've heard/read believe many employers discriminate against older workers.

I have experience discrimination because of my age applying for a job through Centrelink, it wasn't called Centrelink at that time... can't remember what it was called then. I was only about 40 years old at the time. I was told by the Centrelink staffer I was too old and the company was looking for a younger person. I later heard that the person who got the job was my age. I was so angry that a government office was discriminating because of age.

That's a shame Foxy...what did you end up doing? Please tell us.

the government is ageist , only those under 59 can get the Pfizer vax why I would like to know

Reasons ... because we had plenty of AstraZeneca but little Pfizer PLUS there were clotting concerns with AstraZeneca for younger age groups.

I can not understand this stupid government we have .... I am overseas and I will get my second shot of Pfizer next week and a booster with moderna 6 weeks later ...????? Australia is now the most expensive country with a totally inept government and just wait for what is coming because Morrison and Trump friendly ideas and same Pentecostal religion they believe that GOD will help the Virus ..... what an ignorant way to govern a country ..... I will never come back I think what is coming in Australia will be a very difficult and almost impossible to have a relax retirement even if you have lots of money because your money will evaporate quickly ....... ????????

But now the Gov. and this forum is saying that AZ has the same effects for Delta control ??? WHAT ???? that to me is a typical political rubbish ..... they have ignore the research and medical problems with clotting and so much info about AZ not able to control Delta variation wowowowowo

You ignore the same level of concern with both Pfizer and Moderna vaccines and myocarditis then Aussie. Selective or what? Nor are you up to date with the latest research into the lasting effects of vaccine-induced immunity that shows the AZ vaccine performing better than Pfizer; though granted they both wane over time. It's just the AZ vaccine wanes far slower thus outperforming the other on that scale.

But for an ex-pat you do seem to check the boxes of an absent critic. Stay where you are, you obviously will be missed in equal proportion to you missing Australia.

I have lived a life  where Government is there and not seen except when we grizzle about charges being increased.

However in my late seventies caring for my wife who is terminally ill I find my  increased interface with the federal Government  and Departments that I am required to talk to are very ageist in their policies and decisions.

nothing in their policies makes me feel special.

quite the reverse and I thought  aged people were badly let down by our Prime Minister in regard to vaccination choice.Just made me feel rather worthless.

I am self funded and my income is less  than the pension but that is because I am means tested for my wife's care and pay a substantial levy in a tax.

however in society generally ,apart from the crooks I feel well looked after especially by young people.This is very good for self esteem and helps one throughout the day.

I agree.  The Government has let us down in many ways including the lack of quality in aged care and discrimination with a vaccine which hasn't even been tested on older people.

people get the government they vote for, and it's not like to change in 2022

Definitely agree with you tisme

The government is definitely ageist ... why do all the people have a choice of vaccine except the people over 65 ???

Does the government hope the elderly die and then would not have to pay the pension.

"Two doses of Pfizer's shot was 88% effective at preventing symptomatic disease from the Delta variant, compared to 93.7% against the Alpha variant, broadly the same as previously reported.

Of course there is also the time between the first and second jab, Pfizer 3 weeks and AZ 12 weeks where the individual is exposed to the delta variant.

The worst offenders IMO are the older crowd, especially those who are jealous of someone who looks far better than they at the same age.

Your comment doesn't make a lot of sense, unless you are alluding to comments made about those who tend to look a little grotesque with Botox and fillers.

What are you talking about? One does not need botox and fillers to look young. One needs good nutrition and exercise... 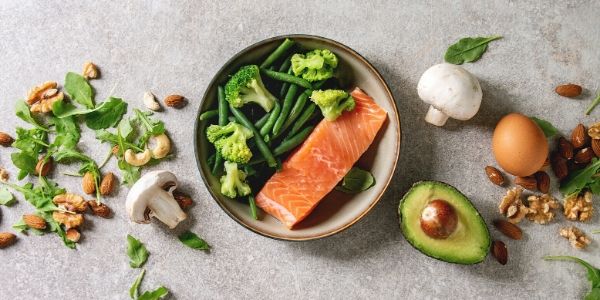 Many older people do not put in the effort....are you one of those Axel?

Sophie, I agree entirely with you about good nutrition and exercise.

However, I have never heard anyone, young or old, express negatively about others who look younger than their age. In fact they admire them and recognize that this is often attributable to self-discipline and life-style choices.