Sign In
The Meeting Place > Let's Talk Retirement > When did you first engage with your super?

When did you first engage with your super?

A new industry report by the ARC Centre of Excellence in Population Ageing Research (CEPAR), has found that for many Australians, taking out a home loan is a trigger for increased engagement with their superannuation.

“We found that super fund members who took out a new residential mortgage in 2014 changed their super contribution behaviour around the time they took out their mortgage compared to those who did not take out a mortgage,” said Hazel Bateman from CEPAR.

The way in which super contribution behaviour changed differed for members by the type of mortgage they took out.

“Those taking out a mortgage to buy an investment property tended to re-weight their portfolios towards real estate and away from their super, but owner-occupiers tended to build up their super after the real estate purchase,” said Professor Susan Thorp from the University of Sydney.

The report also showed that super fund members who took mortgages also increased their interactions with their financial service providers.

“Members who took out a mortgage increased their number of bank branch visits, use of their bank app and online banking, as well as phone calls to their super fund,” said Prof. Thorp.

Superannuation is characterised by low levels of engagement as the way the system is set up allows many super fund members to ‘set and forget’ until retirement.

When did you first engage with your super? 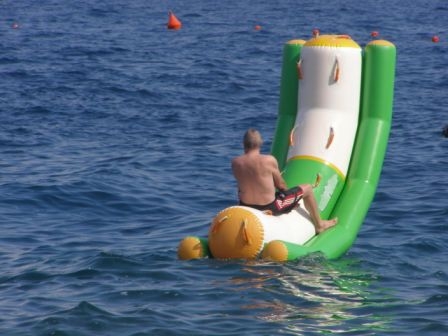 In 1993 I was made redundant after 17 years employment and received a redundancy package which I rolled over into superannuation. From that moment I actively engaged with my super. In 1997 I took up full-time work again, worked another 17 years until retirement, all the while contributing extra and salary sacrificing.

My Father was a career Army man and told me numerous times when I was growing up that looking after your future, both physical and financially was a necessity. I began saving 5% of my after tax money when I started work at 16 and through the years became more financially savvy. I commenced my own super fund in the eighties with the funds I had saved and then set up a SMSF.

Now retired, my wife and I enjoy the fruits of our labours. Our children received the same advice my Father gave me and they now own their own houses and have good jobs that will provide for their futures.

I thought you would be interested in this story I found on MSN: http://a.msn.com/00/en-au/BB12WIh6?ocid=se2

Australians planning to access their superannuation early despite not being affected by the COVID-19 lockdown will be subject to hefty fines, officials have warned.
The Australian Taxation Office has issued a warning just as billions of dollars in savings are set to be withdrawn from super accounts this week in line with a new government policy to help keep Aussies afloat amid the crisis.