Sign In
The Meeting Place > Events Offers Activities > What The ? 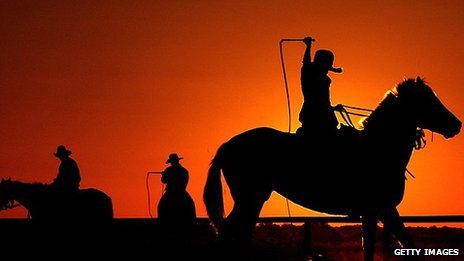 what is it in Australia with polys, radio stations current affairs programs and some goverment agencies.

oh well we were only going to save the Australian tax payer millions of dollars per year. yes we have all the proof and this is not a joke.

I have noticed that with almost every government department these days, it is almost impossible to get information. They just keep referring you back to their website, but unless you know where to look or ask the right question, it is often impossible to find what you are looking for.

If you really want help, simply side step the government departments and go to your local MP, for help.  They can get their staff to track down the information you require.

Worked a treat for me when I had some difficulties getting information I required.

I am lucky the MP in my area is a labor woman that is highly active and also a greens senator's office that is also helpful.  One of my friends has a lousy liberal MP but two others have great liberal MPs (one state & one federal).

It doesn't matter what political party the MP is, they should help.  It is also another way of establishing whether your local MP is really working for his/her constituency.

Hope you have a good MP in your area and they are able to help.

Oh yes I have also found this--I have asked questions for the likes of 4 Corners and Insight and others to bring up --NOTHING done.  Makes you wonder are they told what to broadcast, I am sure they are

The only thing they are interested in is increasing their salary along with their lurks and perks which more than double their salary.

Yep a real gravey train for the lot of the bludgers

The way to get an answer from your local Member is to email twice then write a letter to the editor of your local paper giving a summary of the ignored emails.  I guarantee a very quick response, especially Federally with Sept. only just over 4 months away.

Mussitate, I have sent you a private message.....

I have found with MPs etc that copy to TT or ACA or both works wonders.

Always ask for receipt as if they dont read it later on and deleted unread it comes back to inform you and that can be a bit of a weapon in your arsenal too.

thanks everyone for comments and suggestions. we have tried the lot polys, press, accc, afp, etc , etc. got me beat the goverment is always trying to cut back here and there and yet centrelink is giving it away illegally and no one cares , except us guys ....les

You have received the response that can be expected from a corporation that does not belief it is accountable or needs to be transparent to the people.

Our parliaments have registered as corporations under Admiralty/corporation law.

Having highjacked the lawful governments they believe they are not accountable to the people anymore and can make laws and amend various Acts and regulations under the old Commonwealth constitution to suit the vested interests of the political factions and the foregin government called the UN.

None of these changes are lawful as parliaments have acted outside of their authority and continue to do so by creating the corporate government where you and I have no rights or protections under Common Law.

This will continue to be the case until the people wake up and demand the return to the lawful governement.  It may require litigation through the High court will be necessary.    Do not rely too much on VCAT as it is a Tribunal by its own admission.  Where the Magistrates courts have attempted decisions they have done so as Star Chamber judges which have been outlawed since 1641.

Victoria appears to be trying to bring it back.  One person will make a decision as to your guilt and it does not even require you defending yourself, (that I can prove).

However, hopefully we achieve this by issuing a Mandate, delivered through your local MP's to Parliament.

If they refuse that then further Action needs to be considered.

There are interested parties who do not want a return to the Rule of Law.

I am active in seeing a return to our Commonwealth Constitution and its associated act and laws.   One day before last christmas I received a call commending on the work I was doing but ended it as a warning I might upset a lot of people.   I took it merely as a friendly warning and ignored it but spoke with others who advised me to consider it seriously as although I could not claim it as a threat, it could have been because that person did not give their name.

I decided to become a CPO (Commonwealth Public Official) and was duly notarised.     This does provide some protection as it is an offence under the Commonwealth Crimes Act for anyone to threaten, intimidate; bribe, attempt to corrupt, etc. a CPO and if charged and convicted in the High Court can face a long goal term.

I believe in what I do as a CPO and a Community Advocate and threats etc. won't make me change my view and belief.

Our corporate government along with their corporate state and government departments are acting as foreign countires in effect, making changes to everything on behalf of the USA and the UN., e.g. The Federal Parliament has registered as THE COMMONWEALTH OF AUSTRALIA CORPORATION in Washington USA; accountable to USA law and the USA Revenue Department.

The Fedral and States are also a signatory to the UN Agenda 21, which is using the envirnoment and sustainability clauses to take over lands, etc un different countries without agrrement or approval of the people.

Our invalid corporations posing as legitimate councils are also signatories to the UN Agenda 21 and using this to resume lands, that we have evidence that after a period they sell or rather sell title to lands to foreign corporations and foreign countries

Undere the lawful Commonwealth Constitution 1901 Local Government has no standing as the real local government is the State that was responsibile for the administration of Local Government as colonies and this was not changed.  High Court decisions have supported this.

The amount of corruption and collusion would take more room than this commentary page could allow.

The federal government is acting in a criminal manner by taking your taxes and spending approximately $10M supporting a Yes vote and $500,000 for a No vote.

This shows the collusion between the Federal Gvoernment and the Local government interests.

It gets worse as the MAV and other vested interests have sought donations from the coproate councils to support a Yes vote and the figure is now approximately $30M for the yes vote.  Remember it is the taxpayer/ratepayer moneys (your money) that are being used to try and brainwash you into believing a Yes vote should be the answer.  The only benficiaries will be local government and their associated organisations.    They want to have what they have been doing illegally to be made legal, etc. etc.  It will give them power to inmcrease their evenue from you.

However, I would make this as a final point before I finish.

Recently on several occasions I was ask to support the public who were trying to get answers from council.    The approach of council was to accuse the public of being riotous and the council was afraid.

When I arrived the police were attempting to arrest members of the public.   I spoke in defence and advised the people were entitled to be on the premises and when I was told the council bi-laws did not allow for the recording of the meeting.

My reply was to suggest we consider the matter logically

1   Local government had no standing under the Commonwealth Constitution 1901

2   Therefore simplistically it could be argued it does not exist.

3   If that is so, then by extension neither do the council bi-laws.

4.  The council by Laws, if valid would not override the Commonwealth communications Acts and Regulations, where there is provision under law that allows a recording if the recording was to be used in a court of law as evidence.

5   For practical purposes if the council had nothing  to hide then the meeting should be recorded  and be availalbe for public scrutiny.

7.    The parliament has used a false 1975 Victorian constitution as its base of power to make new Acts/Laws, amend old Acts/legislation, hence the 1989 Local Government Act is invalid.

The state has invalidly cahnges laws to suit vested interests and to privatise public assets, departments and so on.

In many cases when you follow the paper trail you find that the public is paying for many amenities several times but they are hidden from public scrutiny.

Remember we, the people are the Sovereign Government; not the Parliament, which is our servant.    The Commonwealth Constitution 1901 was set up with a constitutional Crown, ( a real live person with flesh, blood and bones, Queen elizabeth the 2 is the present Monarch, who holds the land in custody for the sovereign people of the Commonwealth of Australia who are the legal government).

The lawful government is formed by real live people and not fictional creatures created under corporate laws as created under the Corporation registered in the USA.  It is differentiated by the corporation being registered in capital letters and the legitimate Commonwealth of Australia is show as First letter of each word is in Capitals and the rest in lower case and as I have stated the Queen is a real flesh and blood person, not the queen of australia under the Australia Act 1986 which is a fiction person.