Sign In
The Meeting Place > General Discussion > What are the Royals getting up to?

What are the Royals getting up to? 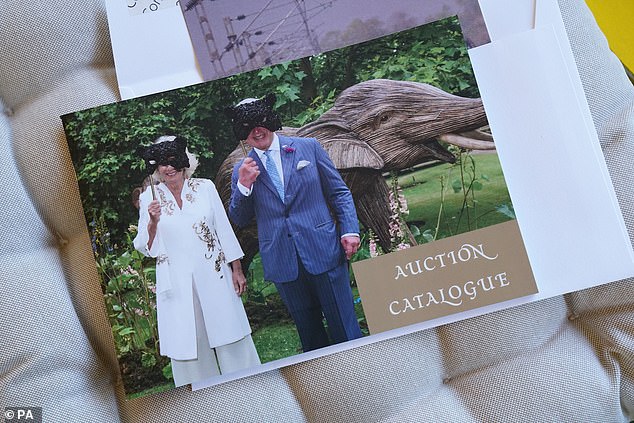 Agents acting for Virginia Guiffre claim to have served legal papers to Prince Andrew after handing the papers over to a Matropolitan Officer at the Duke of York's residence.

A document released on Friday shows that an affidavit of service was served at his home on 27 August.

There was an attempt to deliver the papers on 26 August, but they were turned away by an officer who allegedly claimed they had been told not to accept service of any court process, or let anyone trying to serve legal papers on to the property.

The service of the papers now means that the royal has 21 days to respond, or he will face a default judgement. However, it's unclear whether lawyers for the Duke will agree that legal papers have been served as they were not personally handed to the royal.

A spokeswoman for the Duke has declined to comment.

The document says the complaint, the summons and other papers were enclosed “in a plastic sleeve and then in an A4 envelope, addressed to the said defendant, Prince Andrew, Duke of York, at the address” and then left with the police officer.

Lawyers for Ms Giuffre filed the civil suit seeking unspecified damages at a federal court in New York, where the court documents claim she was "lent out for sexual purposes" by convicted sex offender Jeffrey Epstein including while she was still a minor under US law.

Andrew is named as the only defendant in the 15-page suit, brought under New York state's Child Victims Act, though Epstein and his former girlfriend Ghislaine Maxwell are mentioned frequently throughout.

"In this country no person, whether president or prince, is above the law, and no person, no matter how powerless or vulnerable, can be deprived of the law’s protection," Ms Giuffre's lawsuit stated.

Prince Andrew, 61, has vehemently denied the allegations, and a spokesman for the Duke said there was "no comment" when she was asked to respond to Ms Giuffre's legal action.

The civil suit will hold its first meeting on Monday.

The Duke stepped back from public duties in November 2019, following his TV interview with BBC Newsnight, which focused on his connections to convicted sex offender Jeffrey Epstein.

He issued a statement at the time, saying: "I have asked Her Majesty if I may step back from public duties for the foreseeable future, and she has given her permission. I continue to unequivocally regret my ill-judged association with Jeffrey Epstein.

"His suicide has left many unanswered questions, particularly for his victims, and I deeply sympathise with everyone who has been affected and wants some form of closure. I can only hope that, in time, they will be able to rebuild their lives. Of course, I am willing to help any appropriate law enforcement agency with their investigations, if required."

LOL  when I first looked at the photos I thought it was Morrison I had to take a second look!

True, but it is a pity he didn't do better with Andrew and Harry! 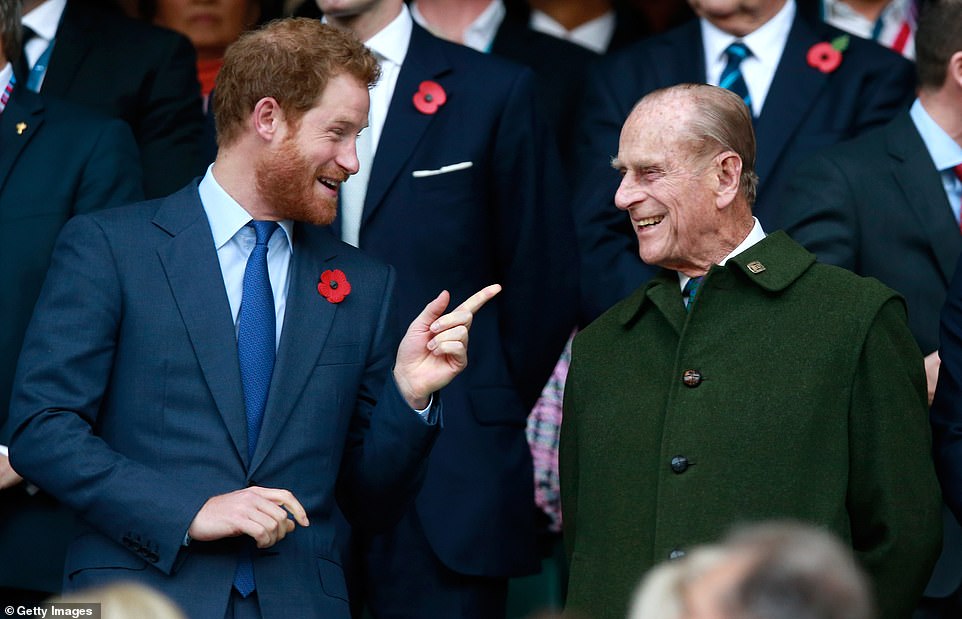 Archie and Lilibet are being 'deprived' by Harry and Meghan not letting them see the Queen, Charles and Camilla (and me) says Thomas Markle

Thomas Markle (left), 77, accused the couple of being 'terribly unfair' to their children by keeping them away from relatives, including himself, their grandfather Prince Charles and great-grandmother, the Queen. Speaking to Australian TV show 'Sunrise' from his home in Mexico, 120 miles south of Harry and Meghan's £11million Montecito mansion, he revealed he was yet to meet Archie, 2, and three-month-old Lilibet. He also accused his own daughter, with whom he is estranged, of having an 'attitude' not to let him to see his grandchildren. Mr Markle said the only family member who had access to the children currently was Meghan's mother, and his ex-wife, Doria Ragland. But he vowed not to use legal avenues in order to see the youngsters, saying he did not want them to be 'used like pawns'. 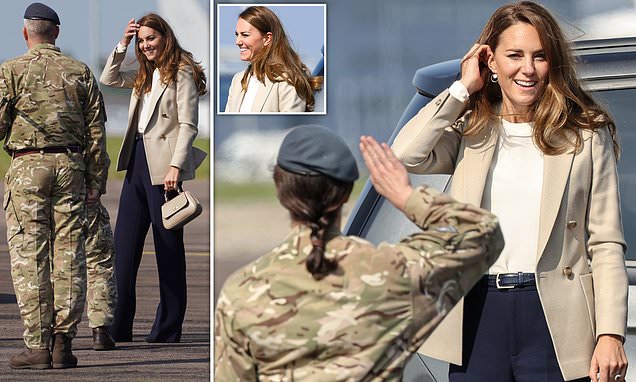 The Duchess of Cambridge arrived by helicopter at RAF Brize Norton this afternoon to meet military personnel and civilians who helped evacuate Afghans from their country last month. Kate will chat to those who took part in Operation Pitting, which saw more than 15,000 people airlifted out of Kabul, including thousands of Arap (Afghan Relocations and Assistance Policy) applicants and their dependents. More than 850 people arrived at the RAF base in Oxfordshire and were provided practical support such as food, clothing, children's toys and medical help while their details were processed. During her visit, the Duchess will meet RAF aircrews and medics who supported evacuees at Kabul Airport and civilians and volunteers who established a repatriation centre at RAF Brize Norton. Kate arrived in the G-XXEB (The Queen's Helicopter Flight) Sikorsky S-76 helicopter at about 2.15pm today.

In a ruling published at London's High Court, Sir Andrew McFarlane ordered that Prince Philip's will is to remain sealed for 90 years and may only be opened in private

How am I going to know what Prince Phillip left for me in his will then ???

Do I have to write to the queen or British Prime Minister ???

Bumping along nicely! Pregnant Princess Beatrice shows off her blossoming tummy as she bonds with patients and helps bury a time capsule at Forget Me Not Children's Hospice in Huddersfield 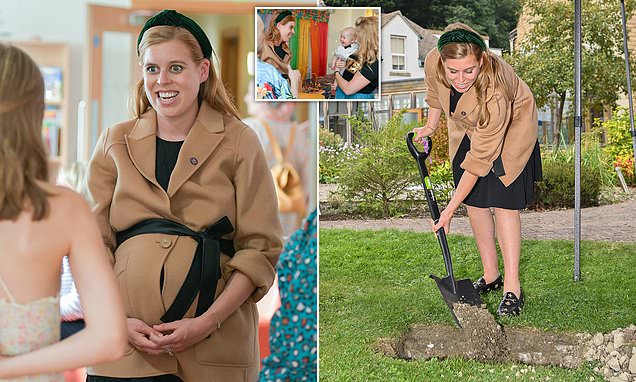 NEW Last week, the Queen's granddaughter, 33, visited the Forget Me Not Children's Hospice in Huddersfield, of which she is Patron, to mark a decade of its Russell House unit being built. Sporting an elegant black frock teamed with a glamorous camel coat to showcase her blossoming baby bump, the royal (pictured) looked in excellent spirits as she met with patients, staff and volunteers. She completed her outfit with an eye-catching emerald headband and a recycled pair of black leather loafers decorated with gold stars. 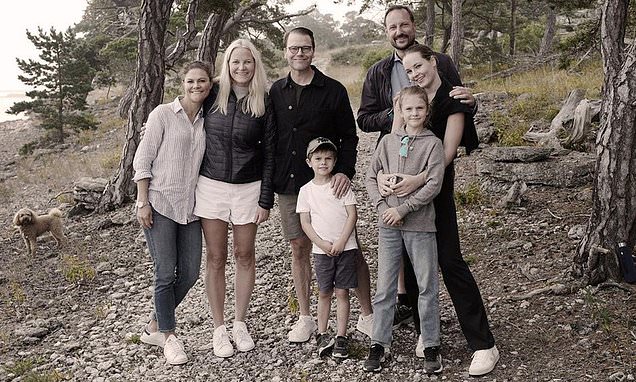 The heir to the Swedish throne, 44, holidayed with her husband Prince Daniel, 48, and their two children, Princess Estelle, nine, and Prince Oscar, five, last weekend. They were joined on the vacation by Norway's future monarch Prince Haakon, 48, and his wife Mette-Marit, 48, and their daughter Ingrid, 17, who is second in line to the throne. The families, who are known to be very close, shared a group photograph (pictured) from their time together and posted it to their social media accounts today.

Princess Beatrice, 32, has given birth to a baby girl, her first child with husband Edoardo Mapelli Mozzi The baby was born on Saturday night at Chelsea and Westminster Hospital, weighing 6lb 2ozBeatrice's daughter is the Queen's 12th great-grandchild and is 11th in line to the throne behind her mother The couple have not yet introduced the baby to her brother, Wolfie, who Edo shares with ex Dara Huang

Princess Beatrice has given birth to a daughter, her first child with husband Edoardo Mapelli Mozzi, Buckingham Palace has announced.

The Queen's granddaughter, 33, welcomed a baby girl weighing 6lbs 2oz at 11.42pm on Saturday at an NHS hospital, the Chelsea and Westminster Hospital, in London. It is believed she gave birth on a private wing, the Kensington Wing.

Buckingham Palace has refused to comment on whether the royal gave birth on a private or NHS ward.

Princess Beatrice has given birth to a daughter, her first child with husband Edoardo Mapelli Mozzi, Buckingham Palace has announced. Pictured, the couple at Wimbledon in July 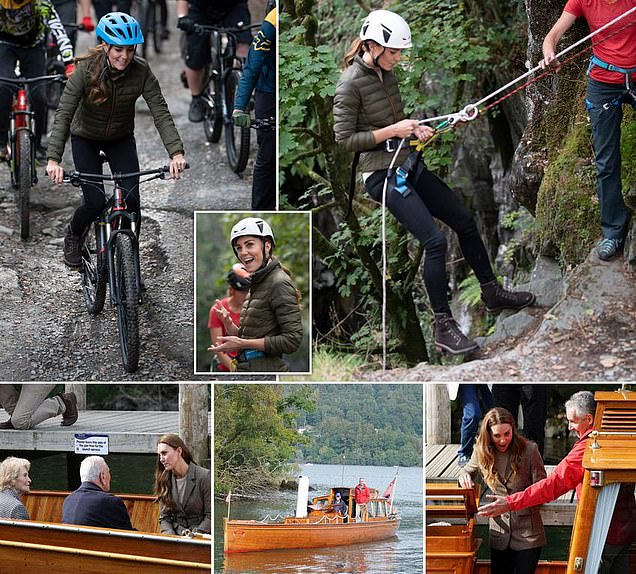 NEW Kate Middleton (pictured left and right), 39, put on a stylish display as she arrived in Cumbria this afternoon where she highlight the beneficial, lifelong impact that nature and the outdoors can have on young people. The mother-of-three was practical as she arrived at the event, wearing a smart checked blazer and a pair of black jeans (left right). As part of the day's outing, she met with surviving 'Windermere children' who were rescued from concentration camps and taken to the Lake District.