Sign In
The Meeting Place > Political > NSW Gov clawing back $7.50 of our pension. 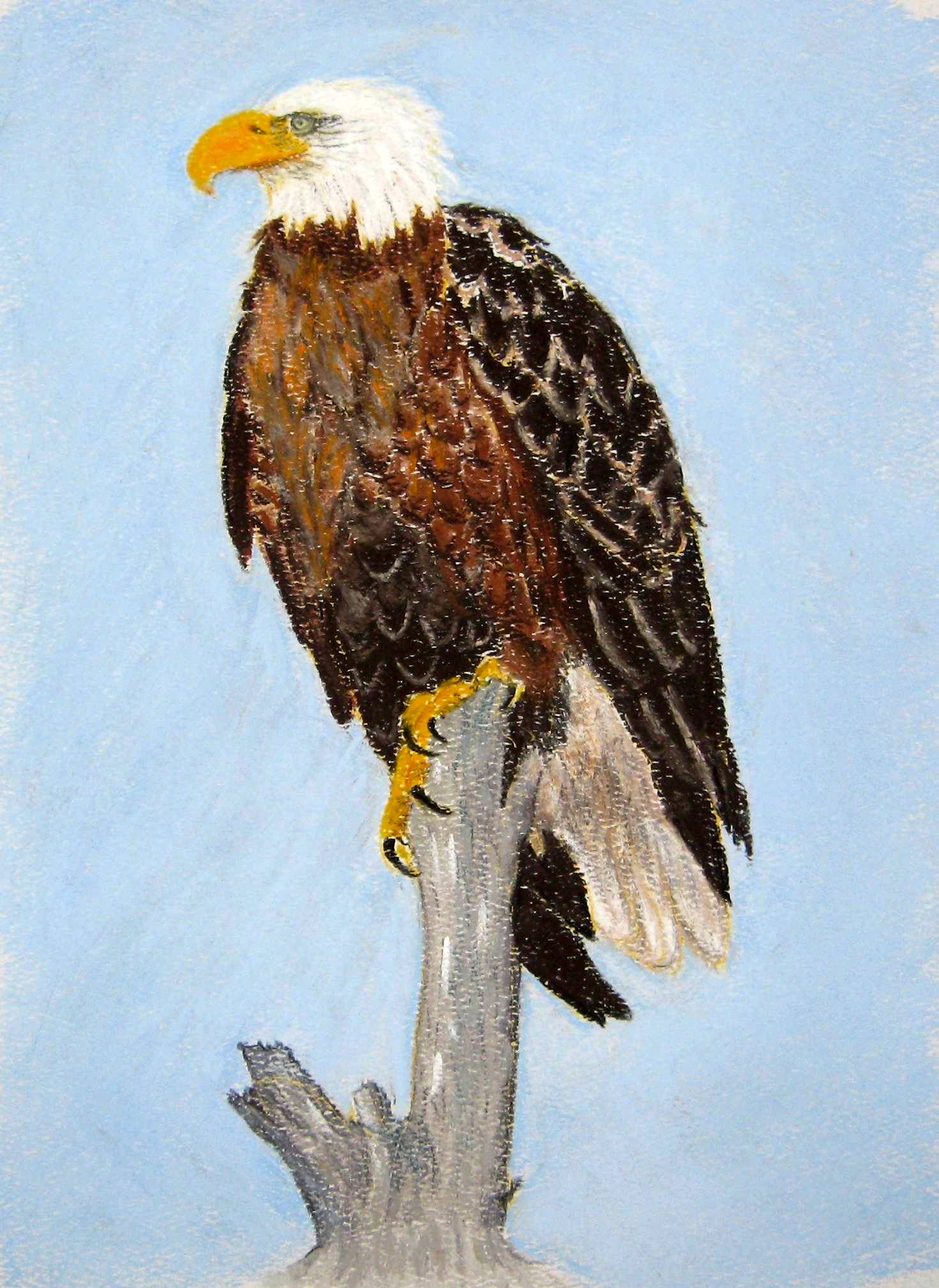 I have found out that the State Gov made legislation last year when we received the $30 increase. We were given the raise and the federal Gov. asked the states to not take 25% of it as rent for pensioners in public housing. Most of the states agreed not to take the 25% but NSW said we will give it 12 months trial but unbeknown to us made the legislation that it would go up at the end of the 12 months. That will happen in September. So us single aged pensioners are being hit again on top of rises in electricity, petrol & car CTP.
Qld, NT, SA & Tassie have agreed the $30 increase will never be included in the 25% rent calculations.
Couple aged pensioners will not be affected because their extra $10.14 is paid as a supplement. Not like us single aged pensioners who are receiving it as an increase in the base rate of pension.
I think it is time we bombarded the State Gov to stop ripping us off. Give with one hand and take with another. I only hope we can get Labour out at the next election.
The queue at my food giveaway is getting longer each week & most weeks now I run out of food. If only the storehouse would hurry up instead of discussing with whoever about it. I cannot get any definite timing about it. I have signed up over 200 people now. It is so sad.

The queue at my food giveaway is getting longer each week & most weeks now I run out of food.

Terrible. I wonder if the boat people's rent has gone up, or if they queue for food. Disgraceful. :-(

I wrote to the then Minister for Housing when I first became aware that the NSW Government was intending to allow the single aged pensioner to enjoy the full benefit of the $30 pension increase for only 12 months. I pointed out that it could be considered unconscionable to then hit them with the increase in rent. The reply I got was that the rent had been legislated to be 25% of the pension, but out of the kindness of their hearts, they would give a twelve month grace period.

Maybe be grateful for a year free of rent rise in Public Housing.

How many peole would change with people who are lucky enough

to have cheap Public Housing as they have nowhere to live

Some people just love to be unhappy with anything they receive.

and budget. Surely to God no need to be begging for handouts and free food.

I have seen on tele. Many smoke and drink and gamble then expect free bread

I ask why people are sucked in to falling for their crap.

Why PlanB ? Or is this just another of your wild unsubstantiated statements? Perhaps a just a guess? It would be nice if you could just ONCE back up your wild claims rather than show your bias.

I find it incredible PlanB how you can continue to be an apologist for the Rudd government, which is a full time job in its self, the worst government for sheer waste this country has EVER had.

For those who voted Labor to have Work Choices 'scrapped' (as I did) -- all Rudd & Co did was tinker around the edges so it still basically remains, as evident by the Union unrest here in Adelaide with the possible jailing on one of their members.

If this government is so good why are the backbenchers threatening revolt to change the leadership over to Gillard, who is equally incompetent (BER) as the little foul-mouthed short-tempered leader?

All I am saying Tanwin--is that there is not a lot of choice--but IMO Rudd is better than Abbott--and has I have said b4 there is not one that I can say I even like in the Libs--at this time. Abbott still has not come up with any thing --and all he can ever say is "BIG NEW TAX" as I notice all the Libs are saying the same thing --just like it has been rehearsed--but NO policies of their own--but you can bet that they will be on the sides of the big business--and will bring in work choices again.

I think the reason for a big swing to the Greens is because voters are not happy with either of the big 2.

The present government has made a lot of mistakes and the opposition has no policies and is short of a good leader.

When the DLP were around they gave their preferences to the Libs.

Strange isn't it that if any preferences go to Labor then the Abbott supporters cry foul.

Perhaps Yaretzi misunderstood what I was saying. I find it difficult to understand why the NSW Government would allow single aged pensioners to grow accustomed to having the whole of the increase in the pension for twelve months, then hit them with a large increase in rent. For terrib's information, the increase will be larger than just $7.50, because the $30 increase was isolated during the calculations of the rent increase after the March increase in pension. Personally, I am quite happy to pay 25% of my pension to have a comfortable, affordable home in which to live. As for begging for food, I never have done, nor do I see the need to do so, apart from those who have to pay the incredible rents charged in the private sector.

I hear what you are all saying and not everyone is happy to have only the pension to live on.

Some of us do not have any savings, nor do they have family they can get help from when needed. If you have a hobby or a car then these eat into the pension. I personally could not live without my car even though it is old. Where I live there is no decent transport & I could not possibly do the charity work I do without it. I could not even get to my Doctor or specialist without it unless I have a long walk which in my condition I could not do. I know of many others in the same predicament. I love my hobbies, they keep me sane & if I did not have them then life would not be worth living. I cannot sit in a chair all day & watch TV, I would rather be dead.

As for having to queue for food, for many it is there only option, rents are high & take priority. Many are in even worse conditions. They are very grateful for what little we can give them & I would not consider not doing it until the storehouse comes to fruition, which I hope will be soon. It is getting harder to get food donations. So even $7.50 makes a big dent.

You have to walk a mile in someone's shoes to understand where they are going and how.

I have the single aged pension - I have a car - I have a dog, and the accepted costs of doing so - and the internet. I also only pay 25% of my pension as rent. I don't have family to back me up - don't have a mobile phone - I don't have other income. But I manage - I don't buy anything I can't afford. I know I'm doing rather well really. I volunteer twice a week, and am sometimes rather flabbergasted by those who turn up seeking help. Those who's income is only the pension, and who pay market rent, I do feel for - they are doing it tough, even with the Federal Government's rental assistance payment. Those people probably could do with assistance with provisions of basic food items to help them.

State Governments should be made redundant. Each have their own laws, agendas, ideas, plans and systems.

A driving licence for every State, ridiculous. Road laws vary State to State, Emergency Services, and so on.

Good, honest Aussies who have to queue for free food......IN THIS COUNTRY !!!!! THE LUCKY?? COUNTRY.

Good money following bad money down the gurgler, approved by our so called Leaders with a SELFO FIRSTO attitude, who couldn't give a fig about anyone except themselves. They all should be on a taxpayers approved six months contract. Might as well waste as much money as they do.

Yes we are over governed--do away with the State--and lets have the same road rules in all Aussie.

Re the food give away--I have seen on TV programs where there are many that pull up in expensive cars--to get their free hand out--same as a lot of the Salvos etc--many --NOT- all just use them up.

None so blind as those who refuse to see! Rises under Hawke/Keating were CPI.

allowance and finally the internet allowance.

This would have been lost under Rudd as he wanted to ditch it and was told he would lose if he did - so kept it.

If he gets back in - please God bless Australia and make it not so - well the Henry report has some nasties in it for pensioners.

Part of that here and the rest in the link to read the lot which I think I have posted before and written by a left leaning journalist so a Rudd supporter.