No love lost between these two English cricketers 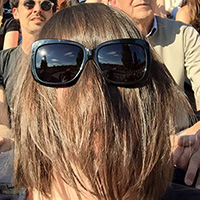 As England prepare for the third test in the Ashes series, the last thing it needs after its mauling by Australia in the second test at Lords is disharmony in the ranks – even from former team mates.

Graeme Swann, ex-England off-spinner, is well known for his being able to take off most cricketers and has managed to secure himself a spot on Triple M’s radio show Willow Talk. However, it appears that Graeme’s talent of being able to mimic out-of-favour England batsman Kevin Pieterson hasn’t gone down too well.

Swann has been very vocal about the fractured relationships Kevin Pieterson has with his ex-team mates. While Pieterson believes he is England’s only chance of beating the Aussies in the Ashes, as evidenced by his recent Tweet “Batting as well as ever and the team have huge issues with the top order! What a waste, just lying on a beach! I wish I could help!”

Why not listen for yourself and decide if it’s all just a storm in a very English teacup?

Now you know what mauling is all about