Aged care providers, staff, clients and families are being urged to come together on Tuesday 14 May to take part in a National Day of Action to let their local candidates know that aged care is an issue of national importance.

CEO of Leading Age Services Australia (LASA), Sean Rooney, said aged care had been largely ignored by the major parties in the election campaign despite both sides saying they are committed to making the aged care system better.

“Older Australians and those that care for them deserve real vision and commitment from the next government of this country and they and their loved ones have a right to know where the parties stand on aged care before they head to the ballot box.

“We cannot wait until after the Royal Commission to get on with this vital work,” Mr Rooney said.

Under the slogan ‘I Care for Aged Care’ LASA’s election campaign says politicians must:

The campaign also calls for elevation of the responsible minister to the Cabinet alongside the creation of a comprehensive national ageing well strategy.

“LASA has already put forward a series of policy solutions and is calling on all Australians to challenge their local MPs and candidates to declare “I Care for Aged Care” in an effort to make all political parties and candidates commit to making the aged care system better.

“We’re urging aged care providers, their staff, clients and local communities to take part in the National Day of Action on Tuesday 14 May to let their local candidates know that aged care is an issue of national importance,” Mr Rooney said.

“We need to ensure that older Australians can access the care they need, and that this care is adequately funded to reflect the actual costs of delivering quality care and services, whilst we also attract, train and develop high performing staff.

“Making the system better should be a priority for all political parties and candidates.”

Read more about the “I Care for Aged Care” campaign.

As the targets of a ruthless political smear and blame campaign to justify a big tax attack on their incomes, residential asset and investments, older Australians can hardly feel ignored.  Beaten up, yes.  Alienated, YES. Ignored, NO!

Aged care is one of the many 'wicked problems', water security is another as is mass immigration (and 'their' Big Australia), that yet again is not receiving the attention due.  The Australian National Audit Office's reports on deficiencies in aged care were tabled in the Parliament, but somehow diversions like celebrity politics, gay marriage and carbon credits (yet again) manage to push all else aside and disrupt proceedings for weeks, months and years.  That is not helped by the attention such subjects receive in the media's 24 hour 'news' cycle. 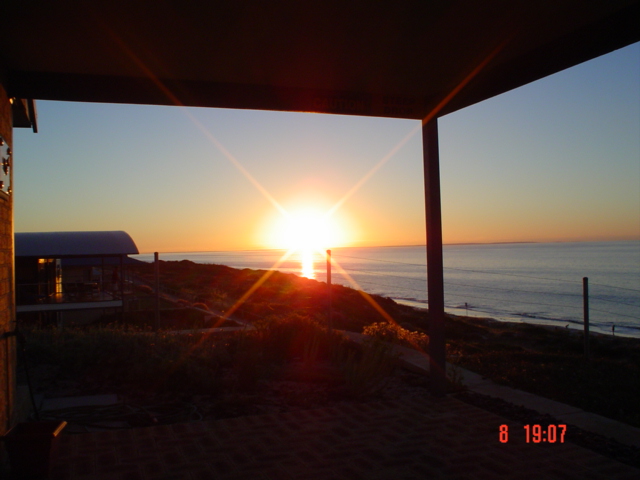 The best show of appreciation for the aged would be to give them enough pension to live well and not have to struggle economically.

Make access to any public building premises such as sports clubs and other, completely accesible to the elderly and handicapped (my bridge club does not allow parking at the door even to transport and drop people and the parking space is at a lower level, nor allowing for people with walking problems to access the club)

That would be a show of real respect and consideration for the aged but infortunately it will not ever happen in this country.

The rest is all words and no action.

Councils are unconcerned (as mine) with the needs of the elderly and do not follow the rules and regulations that are made for public benefit, as the buildings should be, instead of making a profit from their premises.

It is indeed sad and discouraging.

Sadly its a game of greed where those who complain the least and are not networking savvy are targets.  Its no surprise that its all about tax cuts for the wealthy.  These people have contacts and political clout not to mention greasing the palm of political parties in exchange for favourable legislation.

If the retirement community moved away from WHOEVER they've supported for decades and ALL voted in a block for candidates who were interested in their needs then we would not be target.

The old song which goes "united we stand divided we fall" has more than a little relevance.

Oh MICK, your theory is good with one very small flaw, where can us old people find a candidate who is interested in our needs? You may be second cab on the rank on this suggestion, Bowen said it all about old people affected by his rotten franking credits policy; "If you don't like it, don't vote Labor!"

The arrogant Mr Bowen said, "If you don't like it, don't vote Labor".

Can't disagree with that one OM. I guess Labor is cock sure and given costings to be released today (?) they may have it in the bag and don't give a tinkers anymore.

If Labor does not deliver then their days will be numbered anyway. The Murdoch and Stokes media and the big end of town will see to that. There will however be wailing once the handouts disappear for the wealthy but in all fairness lets wait and see how it all plays out.

FYI my long play is still for Independents (the ones not owned by the Liberal Party or National Party) to come onto the stage so to push out the right to buy legislation.  The crooked and perverse politics we have seen from the LNP over the past 6 years needs to end, permanently.

We'll see.  Maybe you'll be able to abandon your political leanings and join me on the crusade OM.  It'd be a decent thing for you to do and a great legacy as we both reach the end of our lives.............  Certainly better than supporting what the current crop represent and are.

Absolutely correct, MICK. 3 Million+ Retirees (around 20% of the electorate) can make a difference as 44 out if the 151 Lower House MPs are on margins of less than 5%, if only they acted together. Just been taking too long for retirees to wake up.

A couple of parties are there, e.g. SUPA and SAP, who could have tapped into this voting bloc with most policies of theirs sensible and close (but not complete) to what retirees may want (not as specific as LASA nor asking for Universal Age Pension), however they seem to have either limited resources or lack of drive. LASA doing this National Day of action is also coming rather late - wonder why they didn't approach SUPA or SAP and enlist their support / join up with them to have their presence felt.

You are so right Mick!

We shold do something like that, if at all possible in our divided society!