Sign In
The Meeting Place > Political > Its over for Rudd

Its over for Rudd

From the Andrew Bolt column today at the Herald Sun site--

KEVIN Rudd is finished. Few voters now want to hear him, and fewer still believe him.

They see through Rudd now and he can never recover. It’s over.

Labor itself admitted this hard truth on Monday, after the Nielsen survey showed the Rudd Government heading for a landslide defeat, with just 47 per cent support to the Coalition’s 53.

Rudd himself and half a dozen of his ministers all responded to this news with an identical and workshopped line - suggesting that however bad you thought Rudd, Opposition Leader Tony Abbott surely had to be worse.

Or as the Prime Minister put it: “If what we see in the polls today is reflected on election day, Mr Abbott would be the next Prime Minister of Australia ... I don’t believe Australian families are prepared to risk their future with Tony Abbott.”

This now is Labor’s central election pitch, a last-ditch attempt to tear down Abbott with anything they can think of.

That, I’m afraid, is all Labor has got left. It cannot sell Rudd, and must hope instead to destroy Abbott, which leaves the election to be decided essentially on how well Abbott can survive the battering.


It continues but I think you get the message.

Australia and believe he got our Country through without the dreaded

complete depression which was pending.......What an unenviable time

to take the reins - like a horse bolting but he succeeded in this.

do better given another term.

Many many People on pensions were very grateful for the $1,000 or so each

to help them also, regardless others constantly criticise this. The money

gave many a new start in a small way.

Whatever will be will be now anyway, and may God be with them both and

may the right decision prevail. 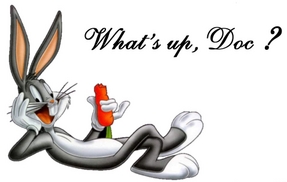 keep us afloat, without the bank guarantee what would have happened?

the run on the banks would have caused them to fall crashing.

sending many into bankruptcy.

The fault I see with Kevin Rudd, is that he never put his policy into words

that could be understood of how the mining tax would work, leaving it open

to deliberate lies and distortion of the truth. With which the liberals under the

leadership of St. Tony was only to willing to perpeturate

The future will reveal the truth, seth.

and believe he got our Country through without the dreaded

complete depression which was pending.......

Have you heard any economists describe it as such? Obviously its escaped your blinkered opinion that the worst of the GFC bypassed us. Sure the Super was knocked around but mainly by overseas investments. The supposed 'depression' is a figment of your and the Labor governments imagination.

Actually surprised Rudd went quietly but seemingly had very little choice as the ground had been well cut out from under him by the fear of losing their sometimes marginal seats of power, good salary and perks by MPs. :laughing:

But we await his next actions with interest.

Shades of Turnbull and Fraser bitter and twisted hits at their own maybe - Keating though will be happy as he wasn't impressed with Rudd - why not - he made Keating look positively jovial and Whitlam less of a loser. History will not be kind to Rudd Ex PM.

And Julia Gillard PM is not a clean skin by any means and toppling one's boss a move never ever loved in reality by anyone desiring top job as this is the devil in the background - being ousted by someone who constantly professes loyalty until it is time to stab you in the back :twisted:

Yes a female PM but not that new now is it after all we have had 2 women Premiers and in very similar circumstances. Plus a female GG also appointed funnily enough by Rudd.

Being lefties the media is ignoring both of these items and yes first PM but 2 of the Commonwealth of States have had women Premiers going back to:-

1993 and the first woman to become Premier of a State of the Commonwealth of Australia.

The Western Australian Labor government was in a state of crisis as a result of corruption allegations against the cabinets of two successive premiers, Brian Burke and Peter Dowding, the so-called "WA Inc" period.

In February 1990, Dowding was forced by his colleagues to resign. Lawrence, a prominent opponent within the Labor Party of Brian Burke's Right faction, of which Dowding was a member, replaced him as Premier on 12 February 1990.

Carmen Lawrence was the first female Premier of an Australian State. However, she was not the first female head of government of a province of the Commonwealth of Australia; being preceded by Rosemary Follett, who became Chief Minister of the ACT on 11 May 1989.

In the election held on 6 February 1993, the Lawrence government was defeated by the Liberal-National coalition and Richard Court, who had replaced Barry MacKinnon as opposition leader just a year earlier, became Premier. Lawrence remained as Opposition Leader until early 1994.

By this time the Labor government was in deep crisis, with the some of the state's financial institutions on the brink of insolvency, the budget deficit unsustainably high and growing and the Labor Party deeply divided on how to respond to the situation. The party hoped that the elevation of a popular woman as its new leader would improve its position, but Kirner never succeeded in gaining control of the crisis into which the state had plunged.

[b]Neither woman won the election following elevation to Premier and being given the poison chalice left by Labor males stuffing up and needing a woman to try to be a catalyst to win back the voters.[/b]

It didnt work and that is because women back then did not fall for this kind of action by men seeking to ride on the backs of a woman not given leadership by merit.

The question the ALP is gambling on is that in the era of celebrity worship will it work today or are they burning a good woman future leader who they overlooked when seeking re- election in 2007 and picking a man - Kevin Rudd.

I cannot believe some of the ridiculous comments by Labor Lovers. Labor gained Government with MEGA_DOLLARS

in surplus. Good Government by the Liberals, after the fiasco created by Bleating Keating and his henchmen, put us in a position where we would not be at all affected by the....Global Financial Crisis......"A recession we had to have, aka, Keating.

Krudd and his cronies emptied the coffers faster than a bucket of water full of holes. Once we get rid of Prime Minister Gillard and her motley crew, the Liberal Government will have to pull out every stop to put our finances back into order.

That means we will probably suffer from belt tightening (further) to help clean up another Labor stuffup.

keep us afloat, without the bank guarantee what would have happened?

the run on the banks would have caused them to fall crashing.

sending many into bankruptcy.

The fault I see with Kevin Rudd, is that he never put his policy into words

that could be understood of how the mining tax would work, leaving it open

to deliberate lies and distortion of the truth. With which the liberals under the

leadership of St. Tony was only to willing to perpeturate

The future will reveal the truth, seth.

I agree, Seth; he did not seem to have that flair of expressing himself in a way to grab you to want to listen. Most of the time he was quick and sharp and to the point which is good to some extent but was not enough to get the attention of the population.

It is a shame as he's done a lot of good and was quite capable to do more.

I'd like to think Gillard did not stab him in the back but that may have been the only choice for the Party to survive. Liberals all guns blazing were to get him and unfortunatelly Labor PMs were too concerned about their jobs at the next election.

the fiasco created by Bleating Keating and his henchmen

Krudd and his cronies

Is this the best you can do ?

Or is it typical of the way Liberal voters talk in this forum.

I would certainly NOT class this as intelligent debate.

The very first comment I heard this morning, from those who are still fairly uneducated is that she - Gillard is not Australian. She came to Australia from Wales. Sure, she came here from Wales as a 6 year old - maybe now she could be considered Australian? Whether it will do good or bad - who knows? Rudd certainly did his bit, and rather than face a defeat, he retired. Maybe for the party, maybe to save face, or may knew how to retire gracefully?

Have you heard any economists describe it as such?

Yes as a matter of act I have--

Rudd certainly did his bit, and rather than face a defeat, he retired. Maybe for the party, maybe to save face, or may knew how to retire gracefully?

The best I can do, Fwed would bore the pants off you!!! I make short comments, straight to the point comments. I do not need to write a boring novel with paragraph after paragraph of articles already read in the news. If you read between the lines, and have the hindsight and foresight to assess where this country has come from, and where it is going with the relevant past and present Governments, you might understand how history shapes the future. If you don't like the programme, change channels.

Intelligent debate is stating facts, a true fact as indicated in my post......LABOR GOVERNMENTS IN THE PAST HAVE DROPPED AUSTRALIA IN THE CESSPIT, LIBERAL GOVERNMENTS WHEN ELECTED HAVE A TOUGH JOB CLEANING UP THE MESS LEFT BY THE PREVIOUS TENANTS.

Neither would I DEGRADE myself, as you have done to me,is to submit a post which attempts to question YOUR intelligence.

Have you heard any economists describe it as such?

Yes as a matter of act I have--

Name them Plan B before you are accused once again of making baseless inane statements.

I follow politics & economics pretty closely, but I never read or heard

one mention of a depression, from any economist. We didn't need to

meltdown, the mining industry got us through. A number, on here,

card, in Australia. The same people are saying how wonderful Rudd

was for borrowing a fortune, on the National Credit Card, to spend us

all out of our financial problems. Rudd gave the single pensioners a

To make things worse, it is being borrowed AGAIN this year in order to

maintain the vote catching rise. Ruddites keep saying that he should

be given another chance, because he actually did so many good things.

Would just one of his fans please tell me one of these things. A friend

had his home burnt to the ground last week, in Abbotsbury, (free insulation)

His only regret was that he didn't have enough insurance on the contents.

all those photoes & family rubbish.