Sign In
The Meeting Place > Political > Is there a fake Melania Trump?

Is there a fake Melania Trump?

Twitter exploded yesterday when US President Donald Trump was photographed boarding a helicopter with a woman who vaguely resembled wife Melania Trump.

There have long been rumours about a Melania Trump body double being used, but this latest version seems to confirm the rumours are true with few similarities between the two women.

There is legit a fake Melania walking around with the President of the United States and we’re all just like “okay,cool.” I’m legit losing my mind at how we’ve gotten to such a batshit crazy normal that the Country is just giving a shoulder shrug emoji to this INSANITY. https://t.co/EN3tbY5NZh

Some of the comments and memes that followed on Twitter were hilarious.

I don’t think I’d even cast this woman as Melania’s Slovenian cousin, let alone as Melania herself. #FakeMelania pic.twitter.com/uJIHFiWJJO

I'm tired of all this conspiracy crap.
It's definitely her #FakeMelania pic.twitter.com/h25dHTzM7t

What do you think? Is the Melania Trump in the photos real? Should there be concern about the willingness of the US President to so blatantly try to con the US population?

That is definitely not Melania. Why the sham? - weird!!!

She doesn't want to be with him if she can help it.

Is there a fake Melania Trump? If there is...then...there is also a fake Donald Trump...

Maybe she's died, but he can't tell anyone as it would mean having to admit COVID is real.

Or maybe it is Melania, and she's been MIA over the last few weeks having more work done on her face.

Or maybe she's left him so she doesn't have to go down with the sinking ship and he has bought a replacement.

There's a strong possibility that his brother died with the virus; his death was kept very quiet, wouldn't be a good look to have his brother die and saying the virus isn't a big deal.

I thought that too Greg, as his cause of death was kept a secret. 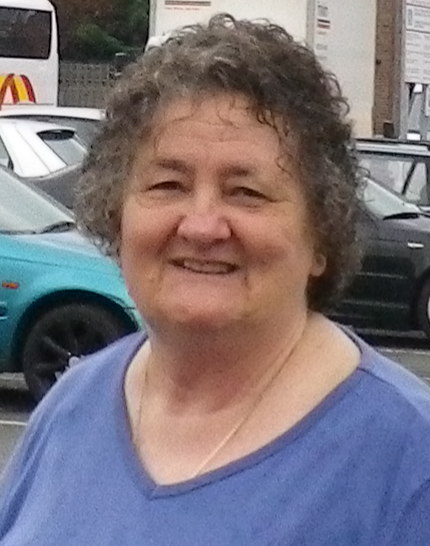 Well it doesn't bother me who he has by his side..... I'd just like to see someone saner leading such a powerful country..... but as th saying goes if wishes were horses.....

I don't care who he has by his side, but I do care that he seems to be pulling off another con job without being challenged.

I reckon the 'Melania' at the debate was a substitute. Not only was she wearing a mask, she held his hand. Definitely not the real deal.

Photos strongly suggest that's an impostor, that looks like a sweet smile and the real Melania is a sour bitch.

Who cares if this  is the 'real' Melania or not, it is all just part of the froth and bubble of the US election season. My wife, who reads the body language, tells me the 'real' Melania does not like her spouse and will dump him, and take him to the cleaners, when he is no longer President. I have always thought of her as a 'trophy' wife to stroke an rich old man's vanity.

Using body doubles is as old as diplomacy and/or warfare itself. We know Churchill used one as did Roosevelt and Hitler. Eisenhower had a body double to confound enemy intelligence. Is this DJT real or is it a body double? Maybe DJT is lying in Walter Reed Hospital gravely ill. No, this idea is ludicrous, no actor, no matter how skilled, could replicate the real DJT.

Twitter, the swamp inhabited by swamp rats. If you get your news from Twitter Ben, then you have the problem.

Some more of media FAKE NEWS