Sign In
The Meeting Place > Hot Topics > How old is human-induced climate change?

How old is human-induced climate change?

A new study from an international team of scientists including researchers from the Australian National University (ANU) has linked an increase in black carbon levels found in Antarctic ice to 700-year-old M?ori land burning practices in New Zealand.

The findings challenge past assumptions by demonstrating humans were responsible for environmental changes earlier, and on a much larger scale, than previously thought.

“The pattern of wildfire fallout over Antarctica points to New Zealand/Aotearoa being the source of the increase in fires dating back to the year 1300, coinciding with the arrival and settlement of the M?ori people,” Professor Nerilie Abram, from the ANU Research School of Earth Sciences, said.

The researchers were surprised to learn humans were impacting the environment on such a large scale long before the industrial era.

Lead author Dr Joseph McConnell from the Desert Research Institute (DRI) said: “The idea that humans at this time in history caused such a significant change in atmospheric black carbon through their land clearing activities is quite surprising.

“We used to think that if you went back a few hundred years you’d be looking at a pristine, pre-industrial world, but it’s clear from this study that humans have been impacting the environment over the Southern Ocean and the Antarctica Peninsula for at least the last 700 years.”

Professor Abram was part of the research team that analysed black carbon levels found in six Antarctic ice cores. The ice from James Ross Island on the Antarctic Peninsula revealed a significant increase in black carbon that began in 1300, with levels tripling over the next 700 years and peaking during the 16th and 17th centuries. At the same time, samples taken from continental Antarctica indicate black carbon levels remained relatively stable, helping researchers to pinpoint the source of the wildfires.

The researchers determined New Zealand was the most likely origin of the increased black carbon emissions after demonstrating charcoal records – which showed a major increase in fire activity in 1300 – coincided with the estimated arrival, colonisation and subsequent burning of much of New Zealand’s forested areas by the M?ori people.

This is despite New Zealand’s relatively small land size and how far the smoke would have travelled to reach the ice core site on James Ross Island, more than 7000 kilometres away.

“Compared to natural burning in places like the Amazon, or southern Africa, or Australia, you wouldn’t expect M?ori burning in New Zealand to have a big impact, but it does over the Southern Ocean and the Antarctic Peninsula,” Dr Nathan Chellman, from the DRI, said.

Professor Abram said: “Our findings show that wildfires in the southern hemisphere have long been influenced by both the climate and human activities, but we do also expect wildfires to become more frequent and more intense in the future due to human-caused climate change.”

Are you surprised by these findings?

this article  seems to be conflating climate change with environmental change. Like most human activities over the past 2000 years maori burning is an insignificant influence on climate change in NZ let alone the globe. Anthropogenic climate change really  ramped up after the industrial revolution and accelerated since the 1950s.

Palaeolithic records reveal that there has always been climate change due to the Milankovich cycles.

On asking a colleague to what extent climate change is influenced by human activity, he said that the question was still open ... and added 'follow the money trail'.

Something wondering around in my old brain is, what factors to the climate change have occurred since the nations have been sending rockets and such into space that has now disintegrated into space garbage?  Is this garbage etc interfering with the normal Sun rays or whatever controls the climate?          The year 1950 is a good pointer!  (As an ex welding eng'r, I'm not an expert on such things).

Milankovitch cycles are the primary long term influences over climate for the past 450,000 years . These are shown in the chart above however they do not explain climate warming since 1900 and particularly since 1950s.

Milankovitch predicted cyclical climate change with periods of approximately 100,000, 41,000, and 23,000 years, coinciding with the astronomical cycles in eccentricity, axial tilt, and precession, respectively.

I'm not surprised by the findings but I am surprised by the hypotheses drawn from the discovery. This sentence, “Our findings show that wildfires in the southern hemisphere have long been influenced by both the climate and human activities, but we do also expect wildfires to become more frequent and more intense in the future due to human-caused climate change.” is made without any proof to support the theory. The recent fires in Australia were trumpeted as being "unprecedented" yet a simple search of records discloses that there have been fires that destroyed more buildings, burnt more area and caused a much higher loss of life. The group held in reverence by those who support climate change as being man made, the IPCC, declared that Australia's bushfires were not caused by climate change.

As regards human-caused climate change, it has long been accepted that man has added to the factors that can cause a change in the climate and there is no doubt that the climate is changing. Climate change is cyclical as has been proved by geologists with their studies of the earth's crust. What is missing in the discussion is the percentage of  how much of the current climate change is human-caused. My problem is not that climate change is happening but the reporting of the reasons why it is happening. A number of predictions that have alarmed people have not eventuated including that ocean islands would disappear by 2020, Australia's dams would never fill again, the rain that may fall would not be enough to soak into the earth, seas would rise by 8 metres, the Arctic ice would disappear by 2013 and the number of cyclones would increase. If we are told things that don't eventuate then we must be suspicious of anything that is quoted as truth in the future.

What is needed in the climate change discussion is certainty, not theories. We need to know the percentage of human-caused effects on climate change, we need to know the facts behind any or all of the doomsayers predictions. My cynical nature has me thinking that a lot of climate change bodies and university academics are lining up for grants to continue their work in climate change and release theories that frighten people. Politicians, since time immemorial, have produced major problems with the only way out of the problem being to vote them in as they, and only they, have the solution.

The climate has been changing since the Earth began. However, in my opinion, the worst ever changes were brought on by the Industrial Revolution.

Although there are many positives in the Industrial Revolution there is no doubt in my mind that the onset of pollution was a great factor in adding to the changes in climate. Factories in many parts of the world belching out smoke, the burning of fossil fuels, including coal and oil, have dramatically increased the concentration of greenhouse gases in our atmosphere and contributed greatly to changes in the climate.

Therefore I am a little surprised by the findings, because compared to the Industrial Revolution, the conclusion drawn here is not entirely valid.

You and I may be in agreement, Sophie, that man has added to the pollution which has helped to change the climate. Where we may be at odds is how much this has altered the natural changes in the climate. Nobody seems to know, or want to release the information if known, as to how much man has affected the natural climate change. I don't know the answer but I'd like to know.

Good point Horace...and.. I am willing to change my view when someone comes up with more plausible answers. The sooner the better, our planet needs urgent attention!

have a look at this animation of change in global temperature since 1880 and see if you still think the worst changes occurred during the industrial revolution.

Thanks for the video Farside....very interesting!

At this point though I like to keep an open mind, there is so much more to find out.

yep Sophie, you don't know what you don't know. Learning is about updating prior beliefs, for or against, when presented with new evidence. Kudos for keeping an open mind however if the evidence is not even being considered then that is a closed mind rather than an open one.

Perhaps a better approach is to consider your stance in terms of probabilities and express your degree of certainty in line with the evidence. How strong is your evidence that "the worst ever changes were brought on by the Industrial Revolution"? 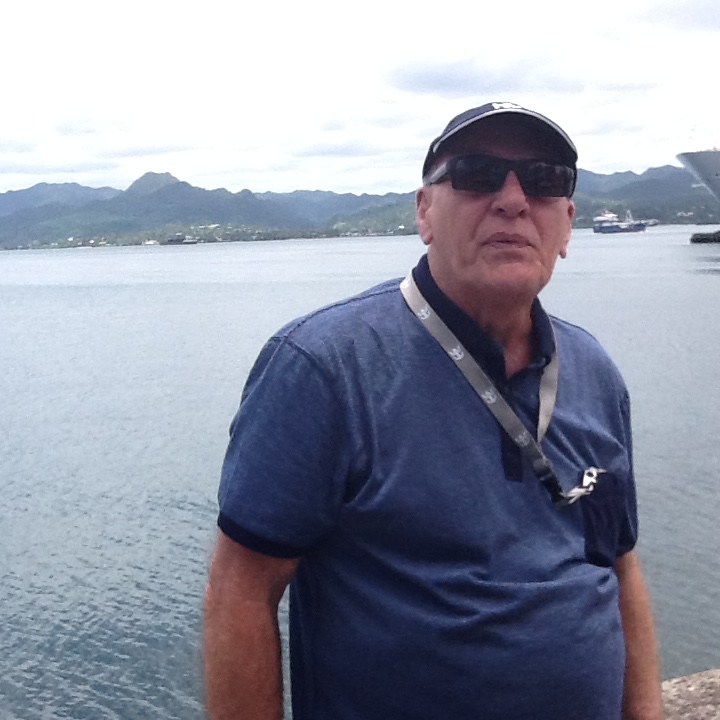 I was born in the 40s in the North East of England, in a town called Middlesbrough, which is where the Sydney Harbour bridge was made also where Captain Cook was born ( Marton ). We had 5 steelworks in our town. People born in Middlesbrough were often referred to as smoggies, this was due to the amount of smog that was generated through the pollution from the works, the fish in the river Tees disappeared, salmon in particular no longer made their way north to the breeding grounds. In about 1962/63 the clean air act was introduced, which meant we were no longer allowed to burn coal in our fires, it also meant that industry could no longer dump waste into the rivers. Within a few short years the smog disappeared, Asthma cases reduced, salmon and other fish are back, so it's clear to me that we have been making improvements, I can't understand why some people think we haven't acted on climate/pollution change, maybe the causes are not all that we think they are. Here in Australia we have also made significant changes, I arrived in 67 and in those days people still had coal/wood fires , we also had incinerators in the backyard, we had leaded petrol, leaded paint, in industry we were still pushing out pollution, most of this has changed, the steel industry in particular has reduced the amount of pollution that is released into the atmosphere, much of the gasses that were released into the atmosphere are now captured and used to drive turbines that generate electricity, so we have made significant improvements in recent years, we have got better, so what is the true agenda and who is driving it?

and yet despite these improvements CO2 emissions increase. But CO2 is not the only greenhouse gas that is driving global climate change. There are a number of other greenhouse gases – methane, nitrous oxide, and trace gases such as the group of ‘F-gases’ – which have contributed a significant amount of warming to date.

How old is human-induced climate change?