George Pell has been sentenced to six years in prison, with no chance for parole for three years and eight months.

Mr Pell was convicted on five counts in December, the most senior Catholic official and first bishop to be found guilty in a criminal court for sexually abusing minors. By law, his sentence could have been up to 50 years.

“I would characterize these breaches and abuses as grave,” said chief judge Peter Kidd.

Speaking directly to Cardinal Pell, he added: “You had time to reflect on your behavior as you offended, yet you refused to desist.”

Do you think the sentence fits the crime?

Pell wasn't worried about the age of the children so why should we worry about his age. 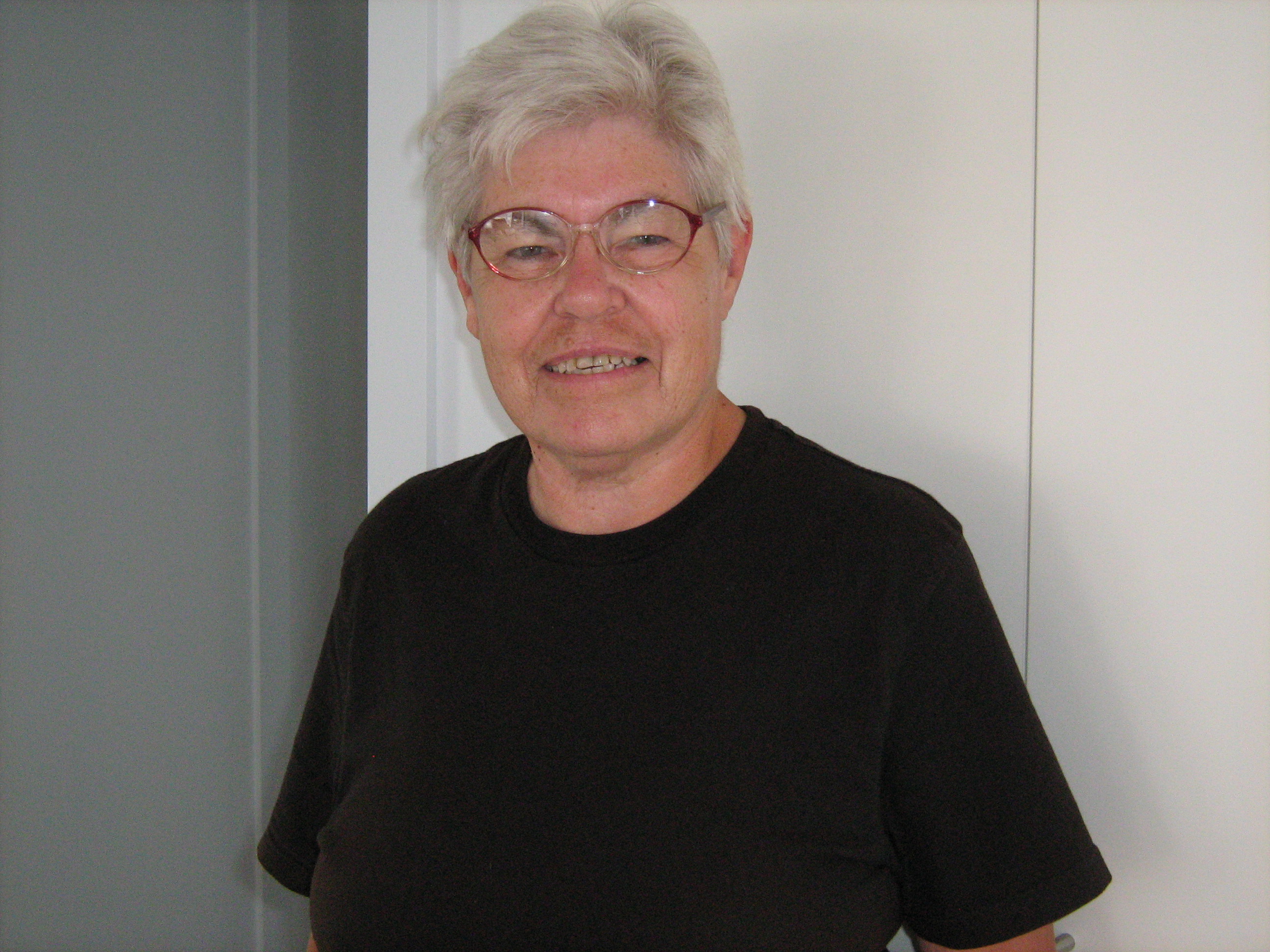 Well, justice of sorts has been done - should have been a much longer sentence with no appeal or parole. I really can't understand how a criminal can appeal their sentence or apply for parole when they've already been given a sentence by the presiding judge!  A sentence is a sentence.  I just hope that the Catholic church gets it's act together and cleans up it's backyard.  The silence from the Vatican is deafening so far!! As far as Pell is concerned, he's just an arrogant, unempathetic, "holier-than-thou" paedophile who has been given his come-uppance. And, why should he be given the priviledge of a private cell - he's just an ordinary man hiding behind his high ranking in the church.

As a RC (retired catholic) I agree with your sentiment.

Due to his action a young man took his own life

He derves a much longer sentence and should die in jail without protective custody.

And as far as the Vatican is concerned, they knew this was going on right around the world and from all the past and present popes down, they should all stand condemned!

Shame on them all!

The silence from the Vatican is deafening so far!!

Not quite but definitely high on the arrogant distancing spectrum IMO.

The Vatican News has included Pell's sentencing ... but, as a rather insignificant part of their Church section at

It certainly doesn't feature amongst their current headlines!!

Australian Cardinal George Pell is sentenced to six years in prison for sexual abuse. He will be eligible for parole after three years and 8 months.

Cardinal Pell was found guilty by a jury in December of sexually abusing two underage choristers when he was Archbishop of Melbourne in the '90s. Sentencing him on Wednesday, Judge Peter Kidd noted that the abuses committed by Cardinal George Pell had "a significant and long-lasting impact" on one of the victims.

Pell has always professed his innocence and his lawyers have appealed the conviction which will be heard on 5 and 6 June. Judge Kidd permitted the sentencing, which lasted over half an hour, to be broadcast live, in what officials have called a commitment to "open justice".

The Cardinal, who is 77, had risked up to fifty years in prison, ten for each of the five counts, according to Australian law. After handing down the sentence, the cardinal returned to the maximum security prison in Melbourne where he is being held in solitary confinement as is usual for those found guilty of abuse.

Following the conviction of Cardinal Pell, the Holy See announced the opening of its own canonical investigation by the Congregation for the Doctrine of the Faith.

Such a remote, detached and clinical reaction.

Why am I not surprised.

Not long enough. Abused have a lifetime of hurt,so what makes it different for man of the cloth . He should have got the maximum. His big mistake apart from his abuse of children was ignoring the pleas of the abused children and condone other priests.

If I was the DPP I'd be noising it around that, since there was an appeal likely to go ahead, they would be appealing against the leniency of the sentence. Of course, if Pell didn't appeal, neither would the DPP!

Pell, by appealing, is only thinking of himself: not the church, the many Catholics and, most important of all, the victims, witnesses and the court officials. Surely, if he was a Christian, he would extend to these people the Christian charity of not making them go through this yet again?

The good thing about the appeal process is that if he losses the sentence can be upgraded.  I am sure the Judge went as far as he could without giving the Defender a better chance of winning an appeal, but as far as I am concerned, the fact that he was a senior officer of the church should have gone against him for the simple reason that he misussed his position of trust and priveledge.

Age, position in the community, misplaced character references, wealth, friends in high places, none of these should be relevant in the sentencing process.

The man touted as George Pell’s get out of jail card has a client list spanning mobsters, Prime Ministers, bikies, fraudsters and those from Australia’s rich list.

Bret Walker, SC, one of Sydney’s best barristers, who can cost upwards of $25,000 daily, is now charged with leading the case for the jury’s guilty finding to be overturned in Victoria’s Court of Appeal…

Well, he's certainly experienced in the ways of the seriously wayward.

Hope he doesn't succeed in this case.

Sorry not long enough for the poor sufferers and their relatives plus not a deterrent to ALL the other paedophile priests LURKING behind their cassocks.iN MY OP THIS IS JUST THE tip of the iceberg!I hope he does die inside then he can join WHACKO JACKSON in the next!

ARROGANCE PERSONIFIED....I don`t care what he`s supposed to have done for charities etc etc .I THINK MIGHTY MOUSE HOWARD should keep out of it !twerp!

I would have given him the full ten years and NO parole!

pedro the swift
2 yrs ago

Six years! I am willing to bet he doesn't serve any where near that time. His mates will get him off on appeal. I bet the church is picking up the tab for all the costs too! Don't worry, they will make it up from the donations from churchgoers.

So if he was hanged at 81, he would only get 4 years jail, have an average life span and a relatively painless death compared to many elderly people.

Sentencing old men is quite pointless, its more about exposing faults in the system and giving the victim some recognition.

Unless it serves as a lesson to others not to do the same, and vindicates those who suffered at his hands and were and still are not believed.  A shorter sentence sends the message that if you can get away with this type of crime for long enough, you will pay a discouted price.

Did he think about how pointless it was to sexually assault the young boys under his care, what could a grown man possibly get out of abusing children?

6 years Leon?  And the pope is not a catholic?

My prediction for what it is worth:

1.  an appeal is already happening and likely Pell will get off or at worst get a token sentence.

2.  if convicted a second time Pell will get a cushy jail cell in name only and then get out very very early because he is a 'model' inmate.

Not sure if Pell is guilty or not. Probably guilty. He will get off on appeal. Three judges decide the verdict not a jury. The appeal will be based on "beyond all reasonable doubt". Pell will have to give his testimony this time so it's his word against another's.

I don't agree with you on much BigAl but suspect you are on the money here.  The fact that John Howard had the audacity to give Pell a glowing reference looked like the start of 'get the mate off' procedure.  Given the blood letting has happened it sounds plausible that the appeal will be the way out.

From a Vatican apartment to a prison cell. Wonder what the foods like!

He sure as hell won't be having any of those expensive wines the Vatican is famous for.

Don't ever believe that Pell will be doing it tough.  He'll be looked after.

If there was a so called hell, this disgusting hypocrite of a pedophile would burn for eternity

A person who would commit this type of crime can not believe in hell, therefore he must be a heretic.

Regarding the comments on 'soft' sentencing, going from Qld crime reports in the media, Pell's sentence would be on the strong side.

Other examples of sentencing:

Here is a Qld example where it was a public protest by ordinary citizens that finally caused the Labor government to appeal a sentence that the serially protesting Twitterati had 'overlooked'(sic).[click for link]

Another report on the case - a women judge and a woman-dominated State government - Left woman Premier and the senior law officers (politicians) involved, so no 'conservative-old-white-male-patriarchy' (sic) to blame.[click for link]

Rape, and any molesting and ill-treatment of minors are abhorrent to the ordinary public.  It was always that way.  There is no such thing as a 'rape culture' and there never was.

However there always were those and this is regardless of 'gender' who view themselves as the best judges of what goes where children are concerned, and where they are concerned it is anything goes, as long as they get what they want.

The public cannot be relying on government, ie the State, to always be doing the right thing. Past history and present examples show that the State and its responsible bureaucrats charged with the responsibility of upholding Australian law and protecting children often fail to do that.  Apart from the occasional courageous journalist (immediately set upon by the mob), the media are too busy protecting their own careers and are easily cowered by political correctness.

This is why I believe in a jury trial with instruction from the judge for cases such as these, may be it is time for the jury to be allowed to be part of the sentencing process where they can mominate whether a sentence should be on the lower or higher scale timewise.

Politicians seem to find it hard to be impartial in administering the intent of the law.