Fight to save The Bees - European Summit next Month 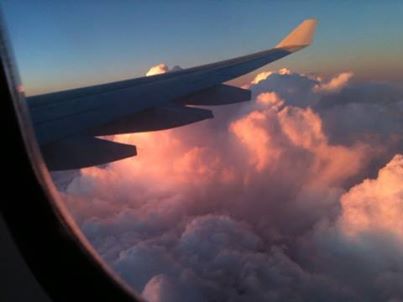 There's massive news in the fight to save the bees: a new missing link has been found that shows neonics are responsible for the widespread bee die-offs.

The European Union decides next month whether or not to save the bees through upholding its ban on neonics.

There are no ifs or buts around it: if we lose these bees, our food supply is gravely threatened and our own survival is on the line.

We're trying to raise enough to launch a giant Europe-wide campaign to spread this news and keep the neonics ban upheld.

Will you please chip in AU$1 to save the bees?

Yes, I'll chip in AU$1 to support the ad campaign.

No thanks, but I'll donate AU$1 to the legal fight to keep neonics banned.

The two-year EU moratorium on neonics ends next month -- so we know a decision is coming. Bayer knows that SumOfUs and massive coalitions of other organisations are trying to get the ban extended, and it also knows we have a great shot at winning.

But even just settling the case would be seen as a "win". That's because they'll get a massive amount of taxpayer money from Europeans -- and they'll sell the settlement as a win. They'll claim their flawed science was right all along. And that means it'll be so much harder to ban neonics -- not just in Europe, but worldwide.

Our huge ad campaign will help sway public opinion dramatically in our favour -- and that will change the minds of politicians.

And at the same time, the legal fights have the potential to change the course of the fight against the bees forever. We'll have the tools to fight back, like when the UK decided to grant an exception to the neonic moratorium there.

We've done some incredible crowd-funded legal work before. SumOfUs members have donated hundreds of thousands to Vermont's fight against Monsanto. You've contributed to First Nations in Canada who are fighting back against Tar Sands developments. And for ads, we've massively disrupted major events from annual general meetings to TPP negotiations -- all because of SumOfUs member generosity.

Now it's our time to show our community spirit again and stand next to European beekeepers are they take on the world's biggest pesticide companies.

Will you please chip in AU$1 to save the bees?

Yes, I'll chip in AU$1 to support the ad campaign.

No thanks, but I'll donate AU$1 to the legal fight to keep neonics banned.

Thanks for all that you do,

Paul and the team at SumOfUs

Thanks for that Viv I have donated to the legal campaign .

I would also point out this article ...

Going back to habitats, I’d love it if you could take a minute and talk about the importance of restoring wild habitat and maybe a little bit about what you learned on your farm in France.

Well obviously the big reason bees have declined, and the big reason wildlife has declined globally, is loss of habitat — and particularly for bees, loss of these flowering meadows. We used to have loads and loads of them, particularly in Europe. We had this ancient tradition of making hay and so we had hay meadows all over the place: huge, huge areas of them, and they were all full of flowers and happy bees until the 1940s, ’50s, ’60s when they all just got destroyed. It’s slightly different in North America, but you still had these vast tracts of prairies not so long ago which were originally flower-rich, open grasslands full of bees. But obviously the vast majority of those got turned into cereal fields and farmland and there are basically no flowers left, or hardly any.

The simplest way, if you want to conserve bees, the most obvious thing and the least controversial thing, everyone can agree, it would be nice to have more flowers. You don’t upset too many people when you say that. But it’s true. And also going back to these other things, the pesticides and the diseases they suffer from, they’re probably better able to cope with being poisoned or infected if they’ve got lots of food. The same is true of people; obviously we all know if you’re unwell, it’s important to have healthy food and so on, because that helps build your strength and immunity. So creating areas with flowers is a really good way to help them.

Good point Pete, brings back memories of Bluebells and Primroses growing wild along beside the train tracks and roadsides. So many houses in Perth alone only have minimal gardens with neat trimmed shrubs that never have a chance to flower. When my garden goes there won't be anywhere for the bees to go in the tiny gardens of the surrounding McMansions and the bees drown in there huge swimming pools :(

I live in the middle of Sydney and my neighbour keeps bees and produces great honey that he gives away to old people homes .

I buy myself Manuka honey from NZ but I believe they are starting Manuka plantations here in Aus,,,