It isn’t unusual to have a few too many to drink and forget where your hotel is located when you are staying in a foreign city, but an Estonian tourist has taken things to the next level.

According to Italian newspaper La Stampa, Pavel seemed not to notice that he had taken a wrong turn on the way back to his resort and was heading up the mountain side until it was too late.

As he continued his climb throughout the night, he gradually started to come to the realisation that he may have made a mistake.

Luckily, he stumbled across a closed restaurant and bar on the mountainside at an altitude of 2400m and bunkered down for the night.

Staff discovered Pavel in the morning, passed out on a makeshift bed made out of a bench and a few cushions.

A search party made up of the fire brigade, police and drones had been dispatched to locate the lost tourist before he was found safe and sound in the bar.

Local police have said that he will be fined for his drunken escapade but will not be charged.

Have you ever struggled to find your hotel when away on holidays? How did you find your way back?

2400 m?  That is base for places like Chamonix and Cervinia.

If YLC allowed posters to add photos I'd show you what a real sumit looks like.  Highly recommended you go to one.

... we would acrually love to see some of your pix 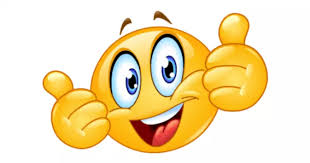 Clearly you need to go see Specsavers. No mention was made of a "summit".

The man walked 2400m which is only about 2.5 Ks, easily done if one is in a drunken state.

"Luckily, he stumbled across a closed restaurant and bar on the mountainside at an altitude of 2400m and bunkered down for the night."

Does not state how far the man walked ???

Micha is correct. Btw is English your second language??????

The bar, named Igloo, was nestled on the mountainside at an altitude of 2400m and, seeing it as his only refuge, the tipsy tourist forced his way in and bunkered down for the night.

My 2yr old grandson will tell you if the man got to the bar, then he walked the distance as Micha said. Go back to sleep LOL

or he could have flown some of the way LOLOL

methinks she missed out on math classes Reagan. Here's a real toughie, let's see how she goes, ready?

"How many sides does a circle have?"

Suze, you know your argument is conclusive when you get that sort of response. ;)

Haha, got to laugh! Support your friends even though they're talking BS!

Spent many of my growing up years in Lucca which is a few hours from Cervinia and my Dad and I went skiing there countless times.The drunken tourist was having après-ski at the Cervenia ski resort , he accidentally got on to the Ventina piste (ski run) and ended up at the Igloo. The Cervenia elevation is 2009m. He must have walked a few metres further before he came to the bar making it 2400 m.Where the hell did 8000 feet come into  the picture??

We've all been there. I've walked further than that looking for my hotel room. Fortunately we now have google maps which not only tell you what you're looking for but more importantly where the bloody hell you are!

What big  feet you have!!

As you know Ray, abbs, always have to have  the last word. Leave her to it!