Sign In
The Meeting Place > Hot Topics > Crime in Australia 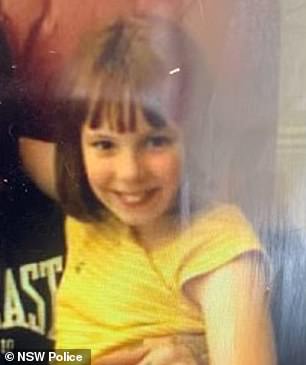 A radio host has been heavily criticised after hosting an on-air prize giveaway about alleged murder victim Charlise Mutten.

Sydney 2SM host Marcus Paul on Thursday asked his listeners to correctly guess which school the nine-year-old went to for a chance at winning singer Adele's new CD.

The segment came just two days after Charlise's body was found in a barrel on the banks of the Colo River north-west of the city. Her stepfather Justin Stein, 31, has been charged with her murder.

The DJ began the competition by saying the schoolgirl was a 'beautiful young girl who was allegedly tragically murdered'.

'Give us a call if you happen to have the answer to that question… if you get it correct you get the goodies,' he said.

He then took calls from listeners trying to guess the correct answer.

'Can't remember the name, do you want to have a guess, time's ticking,' Paul told one listener who struggled to remember where the little girl went to school.

About three months ago I think it was there was a little baby missing now found in a freezer, this little girl above was found in a barrel in the river!  What is the matter with Australian men?

I think it is time we had the Death Penalty, there always seems to be some little on murdered in this country.

Yes, that is another very strange happening.

Yes Celia there are sure some VERY weird horrid people around both the mother & the boyfriend were into drugs and had already done jail time, that poor child.

The mother was get this -- into licking windows  -- very strange,  she had already killed her friend because of dangerous driving --drove into the Tweed River

I am not only referring to this case, but there has been a lot of killing of young children in this country over the last few years.

Not only that yesterday there was a guy sentenced to a measly decade for smashing a 76 year old pension about in his own home.  They say he will get out in 6 years.

The sentence doesn't fit the crimes in my opinion.

The prisons in Australia are too comfortable from what I have seen in photos and read.

I agree Celia re the sentence does not fit the crimes,  I see many, as well as pedophiles, walking out after very short jail times and I have to ask WHY are they ever allowed to walk free again!

I personally thing it is one, politics and two the cost of keeping them in prison.

If they didn't makes such luxurious prisons they would not be spending so much money on these criminals.

Why spend so much money on them in the first place?

They are meant to be in prison for punishment.  How many times have we heard that some people commit a crime so they can go back into prison and be looked after?

Yes so true Celia, and I often ask WHY to do medical tests on the innocent animals when we have these scum who have done horrendous crimes why the hell don't they use them --when it is definite that they have done the crime?

Charlise Mutten's body was found in a plastic barrel on the banks of the Colo River, days after she was reported missing from the Blue Mountains on January 14.

That poor little girl didn't deserve to be killed like that, and I was totally blown away when I heard her Mother is pregnant to that lowlife that killed her. It also makes me sick when these people plead they are going through "mental health issues".  Issues or not they know what is right from wrong.  A total tragedy for her Father and Grandparents.

I was feeling reasonably happy this morning till I came to this item in the newspaper.

An explorer who collected Aboriginal heads and a house with 40 pairs of human ears nailed to the walls: Read the shocking atrocities some white settlers committed against indigenous Australians - as debate rages over our national day 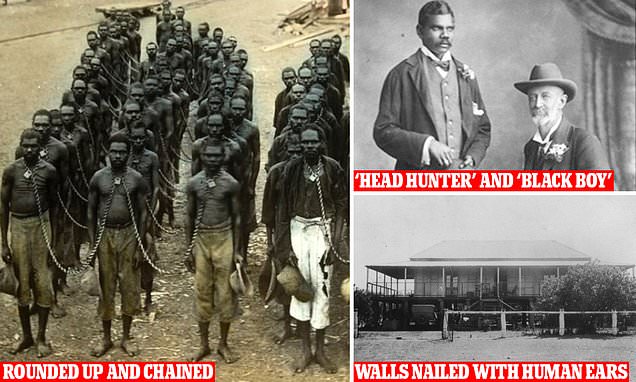 Atrocities by white settlers against indigenous Australians over the nation's first 150 years include massacres, taking Aboriginals' heads as souvenirs and a house (bottom, right) owned by two sadistic pastoralists which had 40 pairs of human ears nailed to its walls. Frank Hann had a series of 'black boys' including Talbot (pictured together, top right) as he worked for various colonial governments and boasted of cutting of theheads of 'natives' and sending them to London as souvenirs. Western Australia had a policy of shackling prisoners who had stolen cattle with neck chains (main, left) which it claimed was 'more humane' than handcuffs and the practice was still being used in the early 20th century.

What we are only just learning about the passed!  On Australia Day too.

Shackled by the NECK, chained together and guarded by white men holding rifles: Shocking photographs show the horrific treatment of Aboriginal Australians by early European settlers

Whats the matter with Australians?

Electrician, 24, is arrested and charged with allegedly RIPPING a duck's head off - after stomach-churning video of bird's final moments

Police launched an a investigation after a tip off that two men had allegedly chased a flock of wild ducks in the car park of a club in Mittagong, in the NSW Southern Highlands regions. One of the men was alleged to have grabbed a duck then decapitated it in the horrific attack (footage, main). In the uncensored version of the video, the man throws the body to the ground and then appears to play with the duck's head, opening and closing its bill. Jonathan Kolster, 24, (pictured, below) from Colo Vale was arrested after police released pictures of two men wanted in connection with the incident.

I have not watched that Celia but like you, I ask what the hell do these sick/evil people get out of having another creature/or anything else suffer -- if they enjoy that sort of thing it is they that need to be done away with.

This is the Huntingdale father who committed the unspeakable on Friday by killing his own children before taking his own life.

Indika Gunathilaka was expected to drop off his six-year-old son, Kohan, and four-year-old daughter, Lily, to their mother that afternoon at an agreed location.

But instead the 40-year-old, who in December posted an 18-minute monologue on Facebook claiming he was suffering from depression, cut short their precious lives then took his own. 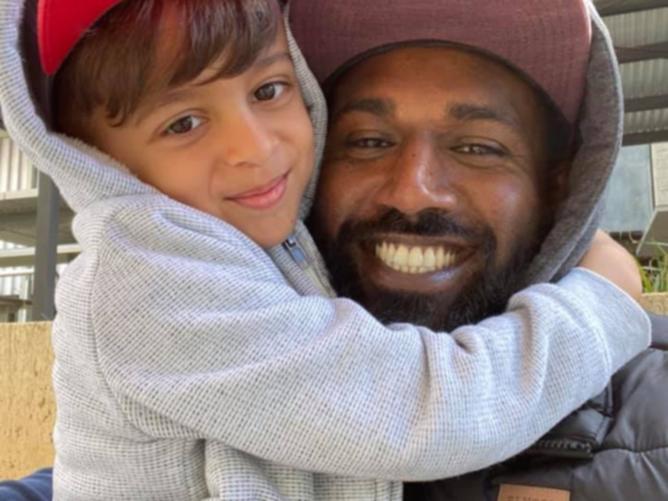 WA Police confirmed on Saturday they were treating the tragedy as a double-murder suicide but would not discuss the circumstances surrounding the family dynamics — or the man’s mental health.

Assistant Commissioner Allan Adams revealed that the children’s mother frantically called police concerned for their welfare after they did not arrive at the pick-up point.

She then called family members who rushed to the Essington Street address before calling police.

However, she was not aware her children had died until after police attended the scene.

Mr Gunathilaka previously worked as a town planner and set up his own business IMG Town Planning and Development Solutions in 2014. 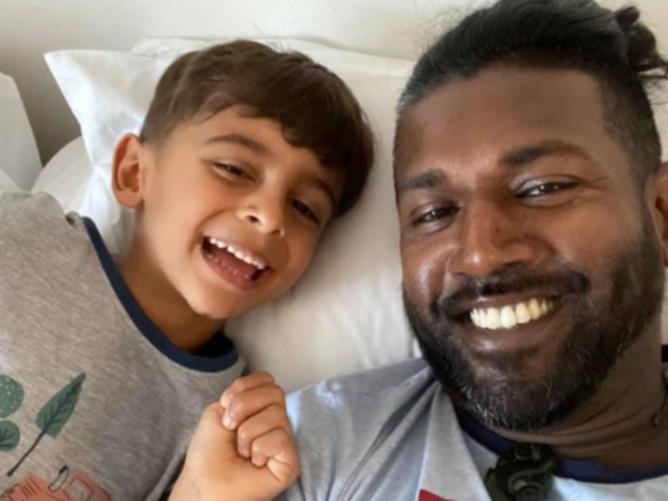 He was also a singer and founding committee member of the Western Australia Royal College Old Boys Association, a social group for Sri Lankan men.

In the 18-minute video, Mr Gunathilaka claimed to have been recently diagnosed with depression and likened the illness to being in a “deep, dark hole”.

“People who’ve known me well enough for long enough I feel certain they may not think of me as someone going through depression,” he said.

“I’m not ashamed or embarrassed to say it out loud because it was not self-inflicted. It was not drug or alcohol-induced. It’s just how life worked out. 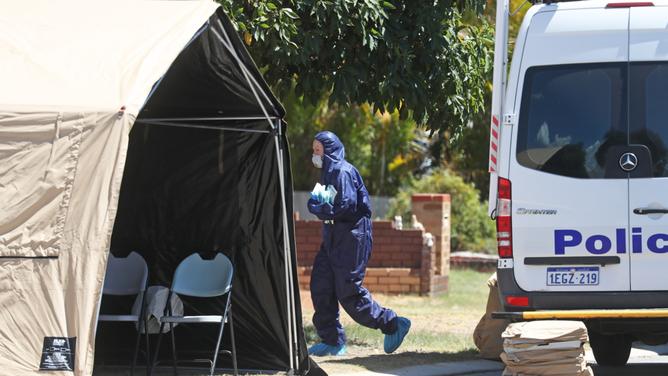 With family photos on the wall behind him and a dog barking in the background, he spoke directly to the camera.

“The unpleasant side of mental health issues.. is, not only does it affect you, it affects the people around you,” he said.

“Hopefully those stuff-ups or f... ups have not been irreversible or been detrimental to someone to the extent it’s irreversible damage.”

On New Year’s Day he posted that this was the “Year of truth and justice” and just two days before he murdered Kohan and Lily he posted a photo of him standing on a beach holding their hands.

Friends of the 40-year-old Sir Lankan Australian have also been posting on social media about the tragedy saying they wished he had “reached out”.

WHAT the hell is wrong with these people!!!!???

I think that some men cannot understand that sometimes they are not correct in their thinking!

I don't know what caused this, but it usually is 'if I cannot have the children then she cannot either'