Last year Coon cheese announced it would be rebranding in the wake of its name being often mistaken for a racist epitaph and now that name has been revealed - Cheer.

While the Coon in Coon cheese was originally named after Edward William Coon who developed the maturation process, Saputo Dairy who produces the cheese undertook a review of the Australian brand which took into account the “current attitudes and perspectives” after the community questioned the original name, which is also a racial slur.

Cheer cheese will be on the supermarket shelves nationwide from July 2021.

What do you think of the new name? 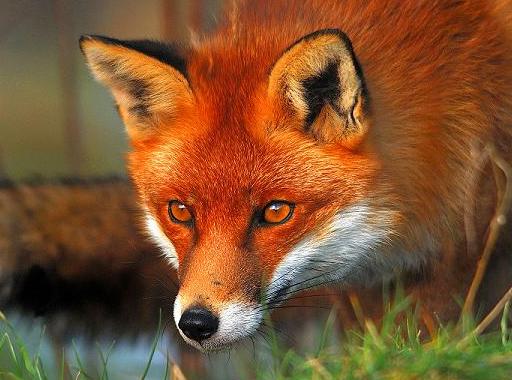 Cheer? Sounds like it should be a bottle of "grog" of some kind? I think it's an awful name for a cheese ....so do plenty of others according to the Viewer Poll on "A Current Affair" tonight (Wed.) - only 11% said they "liked it"!

So "who" decided the word "Coon" was racist? The guy who "invented it" was "white" and surname "Coon"! Seems to me the world is full of "snowflakes" right now? Does this mean us "Whites" are all going to get upset and "Boohoo" because the bleach in the bathroom is called "White King"?

There are plenty of names for all kinds of things that could be termed "racist" - people seriously need to get a life! Start being concerned about the more appalling things going on in the World today!

What a stupid name to call my beloved COON cheese. I was reading in yesterday's Mirror , "We may perhaps expect some confusion for any visiting Americans, who know Cheer better as a popular brand of laundry detergent". There's always some people wanting to change things. Get a life people . I'm sure many of us have experienced name calling, I did at school. Did I go around crying and putting people in, not me. You just have to get over it.

We are being run by a very small, very vocal group who want the 99% to fall in line with the 1%. There was a complaint about beer called Colonial with a demand to change it because it reminded the complainant about white settlement in 1788. One liquor outlet withdrew the beer from its shelves to try and make themselves look good but the company stood firm. The result was that sales of Colonial Beer went through the roof and the silent majority made their statement.

What will happen next? Will Coonawarra wines be banned? Will Coonamble and Coonabarabran become Cheeramble and Cheerabarabran? What about all those cities, towns, creeks, lagoons and features with the name "black" in them, will they be next? To those who are offended or those who are offended on behalf of others I say "Suck it up Princess, put on your big girl's panties and move on!"

From the cheer skin cap on the top of ole Dan to the heel of his rawhide shoe....

They may like the new name cheer BUT if it HAD TO BE CHANGED to suit "political correctness" I would have changed it to CROON CHEESE. definitely not offensive as far as I know.

Someone suggested on the radio this morning that "Moon" might have been a better compromise. I tend to agree, if a change is required at all, which I don't agree with.

I don't have a problem with them changing the name, like I've said before manufacturers change the names of products all the time. But surely they could have come up with something better than 'cheer'. What marketing guru came up with that one I wonder. Just had a thought, maybe they picked a dud name on purpose. We are all talking about it and don't they say that there is no such thing as bad publicity.

WhenI I first heard of this I contacted The company and advised them that I and our broader family would not be purchasing any of their products again. ( understanding that they would not give a toss) However I also asked Them the more important following question.” What will your boards reaction be when the next so called indignant outrage and demand to change comes along ..as it undoubtedly will now that you have capitulated so easily “.

There has been no reply.

What a HUGE mistake the company has made. COON Cheese is Coon Cheese regardless of what some members of the public are saying and it is a registered name also. What's next on their list of names that offend them? How can a few people, lost in the last century, make companies comply with their wishes and demands and nothing is done to stop them? Might have the change the name "Black Friday".

Another win to the easily offended over the easily persuaded. I eagerly await the next target of the P C brigade. Allen's Black Cat lollies must be hanging in their by the skin of their teeth after the Redskins fiasco. At my age I'm past caring about the delicate sensibilities of the tearful tossers who find fault with everyday language. It is they that put the so called offensive connotations to innocent words and for mine, they can bugger off.

What about "Virgin" Airlines ? Now there's one for the PC brigade to think about as to "why" the name should be changed! hahahaaaa ....