Controversial Liberal senator Jim Molan has announced that he has an 'aggressive form of cancer' and will be taking leave from parliament immediately to begin treatment.

In a message to colleagues and on his Facebook page on Monday, Molan asked for privacy as he undertook further testing to confirm the prognosis and to commence treatment.

“Whilst this news has come as a shock, I have many reasons to be positive,” Mr Molan said.

“I am receiving the best possible care from my clinicians, and have the love, support and prayers of my family.

“I have never been afraid to fight the battles that need fighting, and this is no exception.”

Mr Molan has been a controversial figure after being preselected in the Liberal party's unwinnable fourth spot on the Senate ticket at the last Federal election, but urging his supporters to vote below-the-line in a move which threatened the Liberal-National coalition agreement.

Mr Molan is a former army general and NSW conservative, who was also the architect for the Coalition’s Operation Sovereign Borders campaign to turn back asylum seeker boats. 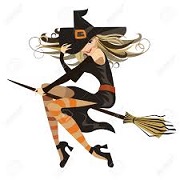 Wonderful human being - all the best Jim.

Just who exactly thinks he is controversial???

Probably just a bunch of "wokers"

I wish him all the best in his treatment.

Just who exactly thinks he is controversial???

Probably just a bunch of "wokers"

I wish him all the best in his treatment.