Chinese state media this week announced the launch of the fastest ground vehicle in the world - a maglev bullet train.

The train uses electromagnetic force to levitate above the track and can hit speeds above 600km/h.

The trip between Beijing and Shanghai by air usually takes 3.5 hours. Using the newly announced maglev bullet train, this trip could be achieved in just 2.5 hours.

While speed is a huge benefit of this type of train, so are the low levels of noise pollution produced as well as the levels of maintenance required to keep these types of trains operational.

Certainly makes you wonder how our train systems in Australia are stuck under 100km/h!

Should the Australian Government invest in an interstate fast-speed train network?

Yes Yes Yes. I have been saying this for years. It would make working in Sydney and living in Goulburn or Newcastle totally viable. Homes for young people would therefore be affordable as they would not have to be in the Sydney suburbs. It would end the housing problem for many/most people.

There have been private operators willing to take on this project but the governments would not support them. Many European countries are much smaller than Australia and less affluent but they still have high speed rail.

It is ridiculous than Australia lags so far behind in this field. 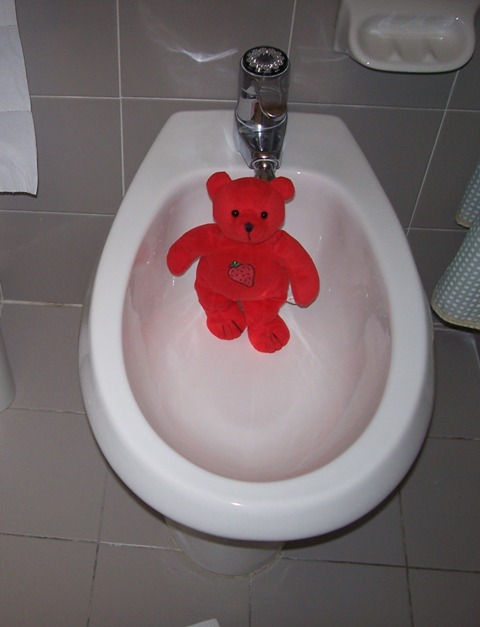 The problem with Australia is not having larger cities like china and the European countries, even USA.

Australia has places not far from big cities like Bowral, Wollongong, Goulburn, Wagga Wagga, Gundagai, Albury, and all points south to Melbourne who want the VFT to stop at their town. All these don't have the passenger needs to make it work. The train would not be able to get up to the speeds needed to make it viable.

The only way the VFT train would work if was was one or two stops between Sydney and Melbourne, the cost would not be able to be recouped because of the small number of passengers who would use this on a regular basis.

The millions and millions of dollars already wasted on research into how this would have been done could have been well spent on upgrading the existing rail system with new rolling stock, not made in china by the way, would benefit local employment and manufacturing.

This would be a boost to the Australians who need work and very good and more economical transport.

Our governments only want to privatise everything and allow overseas companies to take all profits out of the country without paying tax, the consumer is then at the mercy of no local competition and higher prices.

In Australia, the cost would be prohibitive and such projects would simply be a black hole for money to continuosly disappear into!  Re: China, it could be argued that not only do they have so many mega cities that make some HSRs profitable but that the central and regional governments HAVE to keep growing their economy to avoid social issues.  This is done by pump priming projects such as the 38,000 km of HSR network, pretty much of which 2/3 run at huge losses.  Mind you, the D and G trains are pretty amazing to take journeys on!

Smaller towns/cities on a maglev rail route could be easily serviced by an adjacent highly upgraded and applicably maintained conventional railway using State of the Art rolling stock. It would be cost-efficient to also " parallel " maglev lines alongside conventional rail routes by widening applicable easements en-route, for safety & efficiency concerns.

It's tragically correct that both " past & present " Federal/State Governments have " myopically failed regarding the ( BIG PICTURE ) "!  Aforementioned Governments of " all persuasions " have with lead boots on, swiftly sunk into the abyss of false economics by reversing the ( benefit vs cost ratio ) of multiple nation-building  billion dollar investments . . . . " That Should Have Been Done "!!

Australia as a vast " stand-alone Continent ", is a prime example of when you seriously consider the " decades long " potential benefits of a well-planned, high-quality constructed, combined conventional/maglev rail network being funded, constructed & maintained, in co-operative fashion by all tiers of Australian Government & exclusively Australian-Owned private small business & large corporations on behalf of all Australians . . . . it's simply mind-boggling.

I can't see how maglev can be used for heavy freight! It is great for passengers, and perhaps Sydney - Melbourne, but population numbers are nowhere near enough (25 million compared to 1,400 million in China) for other routes.
The low density of population and vast distances result in maglev not stacking up economically with air transport.

In Europe, high population density and relatively short distances between large population centres mean high speed trains (not maglev) are competitive with air transport, especially when air transport is often affected by the weather  and airports are not located near CBDs. In Australia on the other hand the weather rarely delays air transport, and travel time from airport to CBD is a much lower percentage of the total trip time and as a result it is difficult for ground transport to compete with air.

Another feature to take into account when comparing the two is that the air routes on which air transport travels is free whereas ground transport requires an extremely expensive infrastructure on or through which to travel.

Having been involved professionally with comparing many different forms of transport, in many countries, including in China, I could go on all day on this subject.

Thank you Boris for your input;

I acknowledge your professional expertise on this subject. It includes factors I didn't know about. Re maglev itself, I ask the query. Wouldn't each passenger carriage or rail freight truck have multiple, smaller maglev generation units underneath providing individual lift capacity, rather than say, a " single, massive stand alone generator " . . . at the midway point, doing all the work for the entire train?

However on your other points re population density comparisons between European nations & Australia, plus throwing China into the mix; maybe that is a moot point.

China is specifically building maglev networks to A): Cater for its enormous population. B); Its vast distances within its national borders.  C): For strategic military purposes.

I was specifically eluding to the very long-term" many benefits " that would flow out of a sympathetically combined Australian maglev/conventional rail network.

2): More taxpayers provide a much broader revenue base lessening the overall burden compared to " what existed before "

3):  Gradual reductions in pollution levels from diesel rail engines as these are strategically phased out.

The above are only four examples.  Seriously muse about " what else " could follow, & the list could be almost endless.

Indeed Boris; maglev is not the " only option " available to Australia, nor has it been elsewhere worldwide. But as stated in my original post, Australia is by far THE largest, stand-alone Island Continent on Planet Earth. Australians enjoy vast expanses of open country thousands of k's long to all points of the compass. That in itself would make an aforementioned combined conventional rail/fast maglev transport network, a strategic " viable option " on many fronts.

I should have added that the air distance between cities is a straight line, "as the crow flies" whereas ground transport, unless it is all underground, does not travel in a straight line and is longer.

If they're on the rails now they're heading into a typhoon, Shanghai getting the full force atm

The possibility of high speed rail has been around since the early 1970's.  The earliest study that I know of was the initial study, undertaken by me (I am a now retired transportation economist) when I was a member of the Department of Urban and Regional Development (1973 - 1975).  The details are long forgotten but it looked at a network that went from Brisbane to Newcastle then Sydney Canberra Melbourne and Geelong.  The problems were costs and lack of demand.  Both remain major problems.  I have experienced a number of high speed trains and the terrain is easy for construction compared to the east coast or the distances and populations being served are far greater than in Australia.  My most recent experience was in Russia where there is a high speed rail connection between Moscow and St Petersburg.  The distance is considerably less than Sydney Melbourne and the population base much higher.  Prior to the High Speed train there were already many services a day on this route.  Travel by car is not a good option as the roads are not good. Between Sydney and Melbourne travel by car is a good option - good roads and a high per capita income.

I suspect that a high speed rail system will never be economic or even justifiable on environmental grounds.

Definitely need a VFT soon. Lets face it, if we only have electric vehicles by 2030, Australian intercity travel will be an even bigger joke than it is now :)

CragD, all modern train systems these days, (including heavy haul freight trains such as for coal and iron ore) spread the traction systems over the length of the "train" because of the limitations of wheel to running surface friction.

We can debate the pros and cons of various transport systems ad infinitum but the realities are that the while the technology generally exists for fast moving land transport systems, market driven economies do not allow such projects to proceed because of the lack of a return on the investment. Private enterprise does not invest in projects that do not give a satisfactory return on the capital invested (except someone like Richard Branson who will accept a negative return) so it is then up to governments to put up the capital. In a democratic system this becomes very hard to do with large portions of the population wanting their taxes used for other competing purposes, but in a centrally controlled economy like China and to a lesser extent Russia, what the people want does not matter. The government can do what they wish and invest in projects that they see as desirable while ignoring social and other issues.

Big picture, on the matter of high speed rail such as in Europe, Japan or South Korea, we cannot have it in Australia while the politicians are permitted to interfere.
Classic case in a small way, is the Brisbane to Gold Cost railway, originally designed in the 1980's for 160 km/hr (not very high I accept) with station stops appropriately located, but through the lobbying of special interest groups, instructions were issued by politicians to provide additional stops with the result that the trains could only reach a maximum of 120km/hr between stations.

Now with population growth and the demand for additional stops, the route will become a conventional suburban railway with slower maximum speeds between stations.

A solution of course is to add additional tracks and operate express trains, but the original intention of having a "higher speed" railway to the Gold Coast is lost.