Her family said they were "mourning the loss of their loving, inspirational and treasured mother, grandmother and great-grandmother early this morning".

Her early recipes encouraged Australian housewives to alter the Australian staple of "meat and three vegetables" and to be creative with food. She 'discovered' international cuisine from exotic places such as Spain, Italy, India and China and as cookery editor, 'brought these into Australian homes through her articles in the Woman's Day magazine'.

Fulton was born in Scotland in 1924 but emigrated to Australia with her parents when she was just three years old.

She began as a cooking teacher at the Overseas Corporation in 1947 and was later promoted to sales manager where she was partially responsible for the introduction of the pressure cooker to Australia.

Fulton was awarded the Medal of the Order of Australia in the 1983 Queen's Birthday Honours 'In recognition of service to the media as a journalist and writer in the field of cookery'.

In 2006 The Bulletin named Fulton in their list of 'The 100 most influential Australians'. In the citation they described her as someone who 'changed the way Australians ate at home'. She is, they wrote, 'Australia's original domestic goddess. No cookery writer since can claim her blanket influence... Fulton turned us into foodies.'

Do you own any Margaret Fulton cookbooks? What are some of her recipes that you cook regularly? 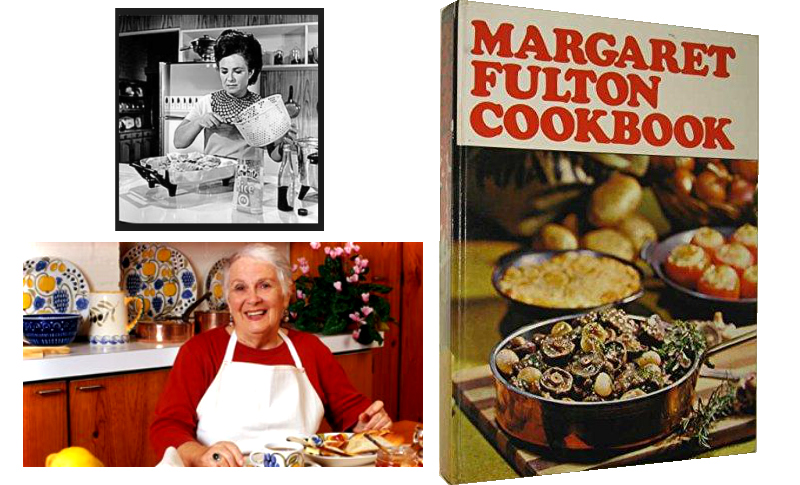 Margaret Fulton was a lovely cook. None of her meals seemed too complicated. R.I.P dear lady.

My mother had a copy of her book. RIP

I have a copy of her 1968 book - the MARGARET FULTON COOKBOOK pictured above.

A lovely lady..although I didn't grow up in Australia, my Mother did have one of her cook books and used it frequently. RIP