The widespread use of defamation, excessive court-issued non-publication orders, and national security and metadata retention laws are combining to prevent Australians know what is going on in government, in big business and in the courts.

That’s the key finding of a survey of Australian journalists conducted by the Media, Entertainment & Arts Alliance (MEAA) for World Press Freedom Day.

Journalists who took part in the national survey reported that their jobs informing the public were becoming more difficult because of a range of restrictions on press freedom.

The second annual survey of 1532 people was conducted online by MEAA from February to early April. The survey results are part of the annual MEAA report into the state of press freedom in Australia.

The survey was open to all members of the public, with 386, or a quarter of the respondents (25.1 per cent), identifying as a journalist or other form of media professional.

It found that that 70.3 per cent of respondents believe the overall health of press freedom in Australia is “poor” or “very poor” while 90.9 per cent say press freedom has got worse over the past decade.

Asked to provide a ranking of the health of current press freedom issues, almost a quarter of participants (24 per cent) nominated funding for public broadcasting as their greatest concern, followed by a lack of diversity of media ownership (15.9 per cent) and government secrecy (13.6 per cent).

“Clearly, media consumers are worried that the significant cuts to the funding of the ABC and SBS over the past half-a-decade has had an impact on press freedom, while the takeover of Fairfax Media by Nine Entertainment has lessened media diversity in Australia,” said MEAA chief executive Paul Murphy.

But it was when journalists were asked specific questions about their own personal experiences that the clearest picture emerged of the impact of current press freedom constraints on their ability to inform the public.

Court suppression/non-publication orders are a growing issue for journalists. Slightly under a quarter of all journalists said their work had been hindered by an order in the past 12 months. Of these, 56 per cent of respondents said they believed the court’s decision was excessive. Overall, 54 per cent of journalists believed that judges are actively discouraging reporting of open courts and are taking a more aggressive view of media reporting.

A third of journalists said information from a confidential source whose identity they had protected had led to the publication or broadcasting of a news story but only eight per cent believed legislation was adequate to protect public sector and private sector whistleblowers.

“Urgent reform is needed to both defamation laws and the suppression order regime to bring them up to date for the 21st century,” Mr Murphy said.

“Australia’s defamation laws are among the most onerous in the western world and journalists in Australia are bound by restrictions which are inexplicable to those in other countries, where free speech protections are designed to enforce the public’s right to know.

“Suppression orders are being applied excessively and in any event are not fit for purpose in an environment of borderless digital publishing.

“Along with the chilling effect of national security laws, it means that Australians are often being kept in the dark about matters of significant public interest.”

Is the silence of posters on this one saying something?

I recall reading somewhere recently that supression orders in Victoria out number the rest of the country. That is to say Victoria's Supression orders are more than all the other states and territories combined. Why is that?

I was watching a CNN news interview where a guest used the N word and the news reader, Tammy Baldwin I think?, went into a seriously depressed state and had to take an ad break.

Yes I am sure that journalists are suppressed to a large degree, and I believe they should NOT be,  we the people have every right to know what the hell is taking place -- but we are treated like mushrooms -- and fed propaganda -- nothing has changed as I remember the load of propaganda that we were few even during the WW2.

Thatswhy we need the likes of the ABC and the SBS at least they are not run by private enterprise as much as the commercial channels.

If journalists were to show "evidence" to readers through hyperlinking documents, naming sources and explaining the reporting and publishing processes within the story, they’ll be transparent all right, but very open to all sorts of legal issues.

The push for transparency is as a result of the current media environment of “fake news.” As more and more people get their news through social media, the larger the breeding ground for fake news. It is really up to the reader to determine whether a story is trustworthy or not. Some readers never bother to check anything although there’s a lot of information out there on how this can be done. I'm beginning to think some even prefer the fake news to any glimmer of the truth.

I feel for the journos because, although some have let the profession down, there are a lot of skilled writers out there, who shouldn’t be tarred with the same brush.

PS: tried to post on the Assange thread. Is there a glitch? 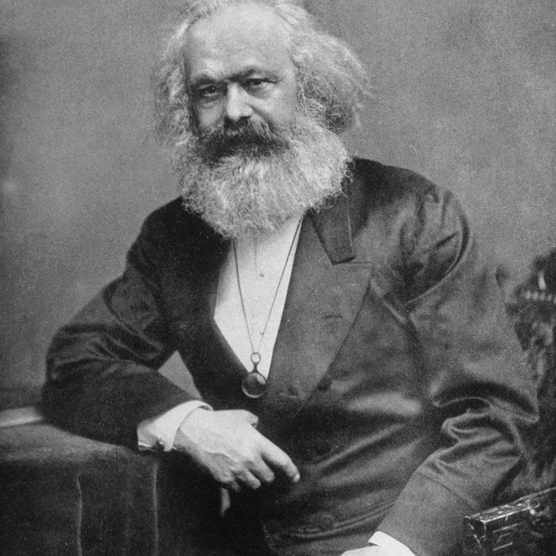 I had the same issues with the Julian Assange story.

I have been writing about this government's gradual move from a democracy to a dictatorship and fully support what journalists are saying.

We've seen the gradual stripping of individual freedoms from the landscape and the entrenchment of the big end of town to do as it likes without fear of being caught out.

We saw Turnbull introduce laws so that journalists could no longer follow the money trail for wealthy citizens and corporations.

We saw laws introduced to follow people on their mobile phones and then more laws to be able to access information under so called terrorism laws.

We saw the Abbott/Turnbull governments come after the ABC and cut its funding several times to weaken it.  The name Murdoch was then floated as a potential buyer as well.

Last thing came as late as yesterday when Morrison lamented about controlling "trolls".  That clearly was those of us who exposed his rotten to the core government trying on its class war whilst doing everything it could to keep the coal monopoly running.  And of course it is worth understanding that controlling trolls is all about silencing posters coming after THIS government, not those going after Labor and the Greens.  That would be called comment and allowed to run.

I look forward to a Labor government and can only hope controls are put in place to force any propaganda media to behave or be shut down. Whilst I also hope that the other dictatorship bricks put in place by the current lot are removed I'd be willing to bet they are left in place.  If so then next election it'll be time to bring in more Independents.

All the more we need the ABC & SBC to be unhindered in their reporting. I gave up watching or reading commercial news years ago. Media controlled by Murdoch is selective journalism so anything old Rupert doen't like or maybe against his government of the day will not get aired or published.

We also need media groups like Al Jazeera & Wikileaks to go unhindered by governments & protect their journalists from possible prosicution from overseas interests that have become embarassed or shown to be involved in illeagal activity etc.

That is why Australia must stop the yanks from getting their corrupt grubby hands on Julian Assange on false charges just because he did his job as a journalist.

Where's the rest of the comments?  Too close to home?

Are you referring to the government's political trolls? They're all out campaigning I dare say.  You'll see them back again if YLC runs an article condemning the current government.

Where's the rest of the comments?  Too close to home?

Government will gag the journalists but keep parliamentary privilege...what a shower.

That's a part of how dictatorships form.  The current government has been working at it for 6 years and the pieces are beginning to fall into place.

Morrison made his latest demand yesterday when he called on the control of trolls.  Of course one might be forgiven for thibking the "trolls' he was referring to are those who oppose his dictatorship in forming rather than the trolls who attack Labor relentlessy with dishonest posts and no facts.

Journos are leaving the West Australian like flies and lucky us getting more input from the dreaded Andy Bolt and the totally unDevine Miranda :(

You mean the boss is firing staff and buying off the shelf news from the big players?