Sign In
The Meeting Place > General Discussion > Are cockatoos the cleverest birds in Australia?

Are cockatoos the cleverest birds in Australia?

For the first time, a team of international scientists have proven that cockatoos, an iconic Australian bird, learn from each other a unique skill – lifting garbage bin lids to gather food. The world-first research confirms that cockatoos spread this novel behaviour through social learning.

Lead author, Dr Barbara Klump, said social learning is the basis of different regional cultures, and some animals, such as primates and birds, appear to learn socially.

“Children are masters of social learning. From an early age, they copy skills from other children and adults. However, compared to humans, there are few known examples of animals learning from each other,” Dr Klump said.

“Demonstrating that food scavenging behaviour is not due to genetics is a challenge,” Dr Klump added.

However, a few years ago, Dr Richard Major shared a video with senior author Dr Lucy Aplin, showing a Sulphur-crested Cockatoo opening a closed garbage bin. The cockatoo used its beak and foot to lift the heavy lid and shuffle along the side to flip it over, accessing a rich reward of leftover food.

"It was so exciting to observe such an ingenious and innovative way to access a food resource, we knew immediately that we had to systematically study this unique foraging behaviour,” Dr Klump said.

Dr Major has spent more than 40 years studying Australian bird species such as the noisy miner, the infamous ‘bin-chicken’ white ibis, and cockatoos.

“Like many Australian birds, Sulphur-crested Cockatoos are loud and aggro, and often act like a pack of galahs. But they are also incredibly smart, persistent and have adapted brilliantly to living with humans,” Dr Major said.

Dr John Martin explained how the research was conducted.

“Australian garbage bins have a uniform design across the country, and Sulphur-crested Cockatoos are common across the entire east coast. The first thing we wanted to find out is if cockatoos open bins everywhere.

“In 2018, we launched an online survey across Sydney and Australia with questions such as, ‘What area are you from, have you seen this behaviour before, and if so, when?’ The survey ran for two years and helped us determine how the behaviour spread to other cockatoos in Sydney,” Dr Martin said.

By the end of 2019, residents from 44 areas observed the bin-opening behaviour showing that it had spread rapidly and widely.

Further analysis of the survey results showed that the behaviour reached neighbouring districts more quickly than districts further away, indicating that the new behaviour wasn't popping up randomly across Sydney.

"These results show the animals really learned the behaviour from other cockatoos in their vicinity," Dr Klump said.

The researchers also marked around 500 cockatoos with small paint dots at three selected hot spots to enable the identification of individual birds, allowing the researchers to observe which birds could open bins. It turned out that only around 10 per cent could do so, most of which were males. The rest waited until the “pioneers” opened the garbage bins to then help themselves.

There was one exception, however: in late 2018, a cockatoo in northern Sydney reinvented the scavenging technique itself. Birds in neighbouring districts then copied the behaviour.

“We observed that the birds do not open the garbage bins in the same way, but rather used different opening techniques in different suburbs, suggesting that the behaviour is learned by observing others,” Dr Klump said.

The scientists interpreted the results as an emergence of regional subcultures.

The scientists hope that their findings will also generate a broader understanding of urban living animals.

"By studying this behaviour with the help of local residents, we are uncovering the unique and complex cultures of their neighbourhood birds,” Dr Klump said.

Dr Martin said Sydney and Australian residents can continue to help the research by participating in the Big City Birds citizen science program.

“Cockatoos are in-your-face winners with attitude - full of life, humour, and mischief, but always showing keen intelligence, natural curiosity and proven adaptability. Through this research and other projects, we are building a comprehensive picture of our native wildlife so that we can continue to share our neighbourhoods and have our lives enriched by the wonder of birds,” Dr Major said.

What is the smartest thing you have seen a bird do? What is your favourite Australian bird? 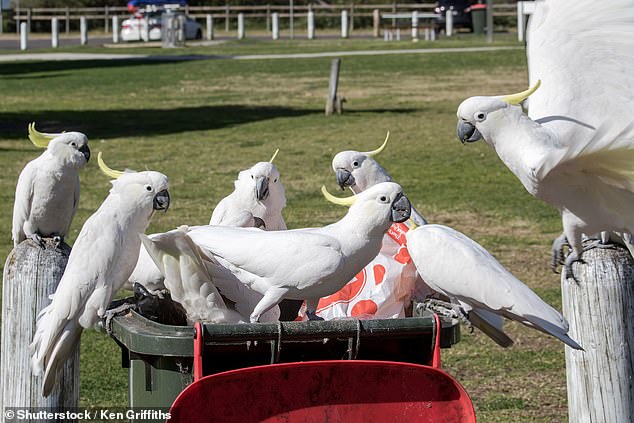 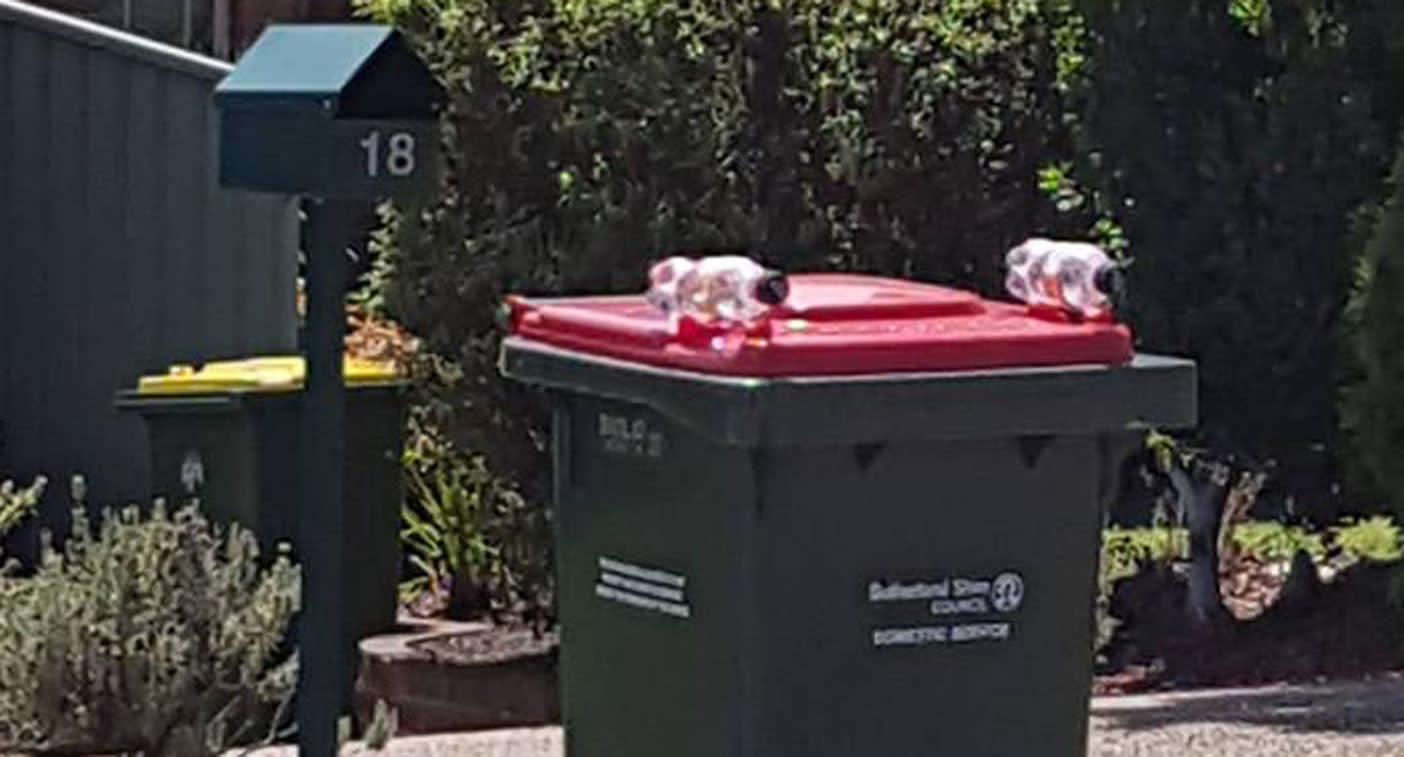 They are also always left handed

All birds are very smart. We used to have chooks and I always thought they were smart. I am totally in love with my daily butcher bird visitors, (among others who visit), because they have such character and interest in humans. They are happy to eat junky human food though like savoury biscuits, bread and anything else they can get hold of which isn't very good for them. We avoid feeding them unless we have some mince on hand which isn't very often but they seem to have a real interest in anything we are eating on the deck and will steal food if they get the chance.....that is, if you have put food on a table and are no longer present. If you are present they are very polite and beg with sweet sounds. They seem to stay healthy in spite of all the crap they get fed in the neighbourhood.

Yes they sure are smart as - I have a few different birds here and they are very clever -- some of the butcher birds sunbake on the chair with their wings out, the Magpies watch me through the windows and once they see me go to the fridge they fly to the door ready for a bit of mince, the parrots go to all windows DEMANDING I let them in through the door.

I also love  cockatoos they are very good company.

My worry is that there seems to be such a lot with beak and feather disease now. I have a visiting cocky that is feeding another cocky, that is not able to eat by its self by regurgitating food. The mournful cry of the sick bird is heart breaking.

mem, that sounds dreadful -- have you tried to get in touch with some wildlife people as they might be able to catch a cure ---- it would be dreadful if this sickness was passed on

We get flocks of them around this area especially when it is very hot for the lakes around here.

They hang  in huge numbers on the trees making a mess on the glass but are fun to watch.

Cockatoos are smart but to take out the crown I would have to vote for the humble crow and raven. They use tools as well as work out problems. So Cockey takes the bronze,

We had a couple of Sun Birds make a nest on one of our wind chimes,  if you have never seen a Sun Birds nest you would be amazed,  they are such tiny yellow coloured  birds and they make the nest using what ever they can find they interweave twigs,  plastic, grass etc then make a hollow for the eggs to be laid,  up here in the tropics they normally put a small feather just above the hollow so when the wind blows it keeps the inside of the nest a bit cooler.   We have had the same nest on the wind chime since late last year and so far 4 sets of eggs have been laid and hatched.   It is fascinating to watch them unfortunately two days ago a big black bird flew into the nest and broke it in half and ate what eggs were in there,  the sun birds have not been back since and doubt if they will but that is nature I supose.

I am so sorry to hear that Fred,  I have not seen a sun  bird's nest but looked it up -- thank for telling us about it