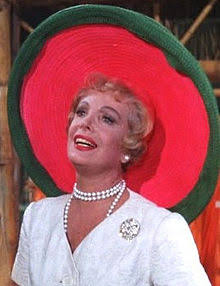 My 18 year old son is in his 11th day of quarantine. He is quarantining because he played basketball 10 days ago and someone on the opposing team was COVID positive. This poor kid is quarantining in his bedroom and has sole use of the family bathroom. We leave food at his door and wash our hands after clearing his dishes. He only leaves his room, masked to go to the bathroom and get tested. This is the requirement of DHHS. His six teammates are also quarantining, some in their bedrooms and some with their families. He is a social kid so he is doing it tough but he is doing this to protect his family and his community. I am disturbed and angered that thousands of people marched on the weekend for their freedom. Is it really freedom? Its certainly easy to package it up as freedom. Does this freedom mean that they dont need the governments assistance in the future? I wonder?

So many people think this is a conspiracy, not a pandemic. I dont think any government would willingly restrict their constituents to work or close businesses if they didnt need to. Taxpayers have been quite important in the past.

Or is that Placebo?

Yes, the smallpox vaccine *evolved* after the initial concept killed many and did become effective. I think accusing Tebb of killing millions, is, to use your words, drawing a longbow. There are very few who listen to the anti-vaxxers. The original vaccine used the population as guinea pigs. Much like is happening today.

As to being an anti-vaxxer, I have had numerous vaccinations until I began to have anaphylactic reactions. I do not campaign at large, neither am I campaigning against this vaccine. Nor do I denigrate anyone who has had it by name-calling, which I see you have resorted to. Like many, once the vaccine is proven not to have long term side effects, I will most likely have it.

I agree that any protest attracts a percentage of professional protestors and a percentage of rabble, but the majority have genuine concerns. I agree violence is not acceptable, but in terms of the horse, the full video makes interesting watching. Much of the violence had to do with the attitude of the authorities. I contrast that attitude against the attitude of the authorities at the BLM *illegal* marches where they stood idly by. Is the new attitude because the protestors were protesting against government? And when is the right time to protest against a government action which is causing damage to a large sector of the population if not during the action? Or will we become another Tiananmen square?

The fact is that the right to freedom of assembly and association is contained in articles 21 and 22 of the ICCPR and article 8(1)(a) of ICESCR both of which Australia is a signatory to. So, in fact, the protests were not illegal. They broke no Law. Lockdown is not a Law.

Intercourse among state...shall be absolutely free.

Intercourse means the movement of people, goods and communications.

I like most others have accepted border closures in these extreme circumstances, however, my point is about the potential of permanent restrictions on movement of those, who for a variety of reasons, chose not to get vaccinated.

Democracy cannot be distilled down to community consensus. Democracy requires robust debate and participation in its process and that is not voting once every four years and washing your hands of it. Democracy is about accepting differing opinions and the right of the person to hold that opinion. Protests are part of that democracy and need to be view through a larger lens than just the single issue. Democracy is about standing up for the minorities, who in the instance we are discussing are the unvaccinated. It is about standing up for the disadvantaged, which the unvaccinated will become if the mooted ideas become legislation. Lemmings reach a consensus and all jump off a cliff. Whales reach a consensus and beach themselves. OK, not true, but are we really Sheople?

I'm glad I live in a democracy which is underpinned by good sense, and where sanctimonious

sophistry is largely ignored. The self- indulgent tantrums of a bunch of knuckle draggers can

never be justified by the ramblings of a smug, pseudo-intellectual would be civil libertarian anarchist.

I was asked questions regarding where I got my information from and I was merely replying. Being informed is no crime. Being uninformed is denying oneself of opportunity. My grandfather was an educated man even though he never finished school. He read widely and participated in healthy debate. I have simply chosen to follow in his footsteps.

State and Federal governments have a democratic responsibility to facilitate safe and peaceful protests in accordance with their obligations under international law.

Australia is a party to seven core international human rights treaties. The right to freedom of assembly and association is contained in articles 21 and 22 of the International Covenant on Civil and Political Rights.

The right to peaceful assembly protects the right of individuals and groups to meet for a common purpose and to hold a peaceful protest. However, the right applies only to peaceful assemblies, not to those involving violence as we have seen during the protests. Violence against the police…injuring a horse…do you approve those things Lorles?

You omitted the most relevant point Lorles….

“Absolutely free” does not mean what it says. The High Court has accepted that there can be limits if they are reasonable and imposed for a legitimate end, such as protecting the public from a dangerous disease. Covid 19 is a dangerous disease in case you haven’t noticed the thousands that have died across the globe.

In my opinion, in the middle of a pandemic drawing conclusions as to the future of democracy in this country, is grossly misguided. The most important and relevant topic of conversation right now is, the health of the nation.  Without that, we have no democracy. Mull over that Lorles.

S92 is discussed here and it seems the High Court does not share this literal interpretation of "absolutely free". I guess Clive Palmer might have won his case to be admitted to WA if it had.  Fact Check reports "Constitutional experts said it has long been accepted by the courts that there can be valid exceptions to these prohibitions, where it is necessary to protect the people of a state from the risk of injury from inbound goods, animals, and people."

No I have already said, if you read my previous comments I said that I do not support violence or professional protestors or the rabble.

I also said that in these extreme circumstances I have agreed with and complied with the conditions and complied. I am not talking about the High Court ruling. I am referring to an ongoing future. Is that reasonable? To deny one portion of the citizen freedom of movement on an ongoing basis? That is what is mooted. And yes I understand the Constitution is open to interpretation. The interpretation is not mine but a well supported on in normal circumstances.

However, as you point out, it is for legislative purposes. Nothing about COVID, to my knowledge, has been legislated. A state of emergency has been declared, which provides certain powers, certainly, but I am speaking of the future direction.

My questions to you are,  will you standby when people are being discriminate against, vilified and denied common rights? Is that your notion of democracy?

When is a better time to discuss the society we live in and want for the future than when there is potential for change? Many commentators have commented we have a great opportunity to implement change for the better, but all I have heard mooted are regressive measures that take away rights and freedoms of a sector of the community.

What a joke, all it has really done with this protesting, is to lengthen their isolation period. All the packed people in the street will inevitably spread it further. Those who have chosen not to have the vaccination and have remained at home 95% of the time, and when they do go out it is with masks, gloves and spray, are the ones that suffer as well as those who have had the vaccines.

I agree the vocal minority were self interested, anti government. However, there were those who had deeper reasons to be there. Concerns for employment, poverty, business.

As you say, and I am one of them, the majority of the unvaccinated take all precautions to not contract nor spread COVID. I have not participated in the recent protests, but I defend the right to hold peaceful protests. If the mooted changes regarding the unvaccinated are moved forward, and if other avenues fail, I may reconsider my position. 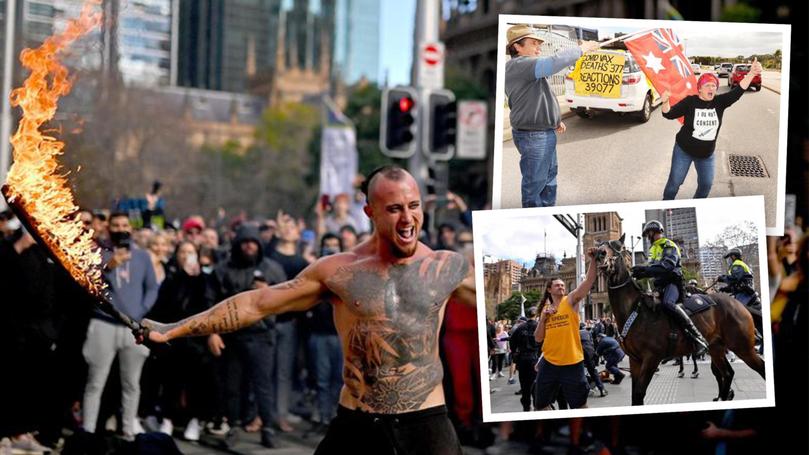 What heroes! The dummies don't realise the more they protest, the longer the lockdown.

They will have the army to contend with next weekend.

As I said, professional protestors seeking the lime light. My sister encountered a group. She was going to hear a speaker and the anti-group were there in droves. They left a tight path into the building. She walked up it and someone waved a placard so close to her head she nearly fell down the steps. She had wondered what all the mobile phones were for and realised she was being set up. If she'd grabbed onto someone to stop falling, the posts would be peaceful protestors attacked. They are professionals seeking trouble. If I knew away of stopping them, I'd tell you, but they have taken over and ruin it for those who have a meaningful agenda 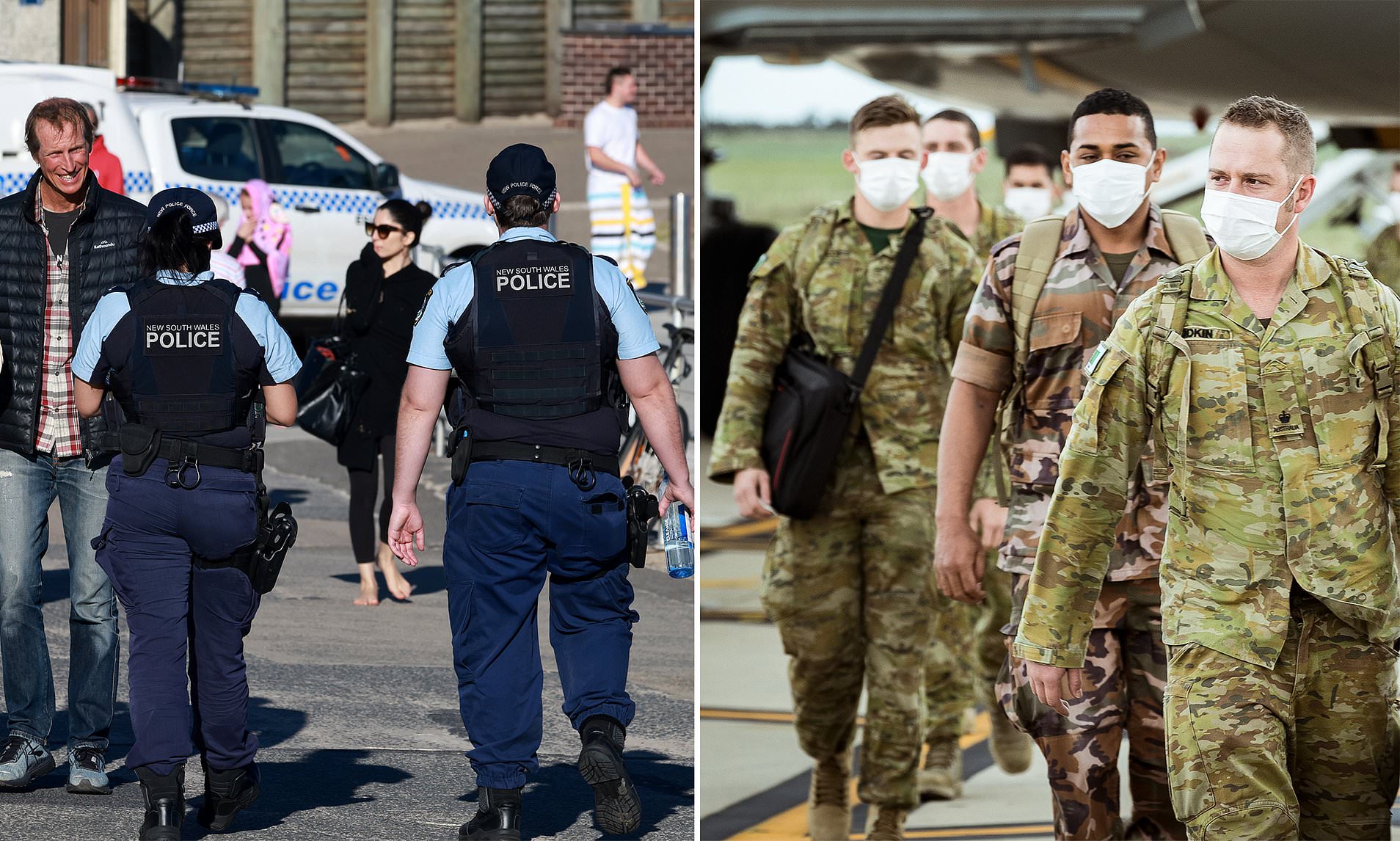 The Australian Defence Force will assist with enforcement of Sydney’s lockdown following a formal request to Prime Minister Scott Morrison from NSW Police.

While NSW has previously declined an offer for military assistance with the operation to enforce COVID-19 public health orders, police said an escalation of efforts over the coming days justified the request.

While we're waiting for the protesters (who didn't show)... we might as well have a feed... Soldiers will begin door-knocking residents on Monday. They will not be carrying weapons while patrolling Sydney's streets